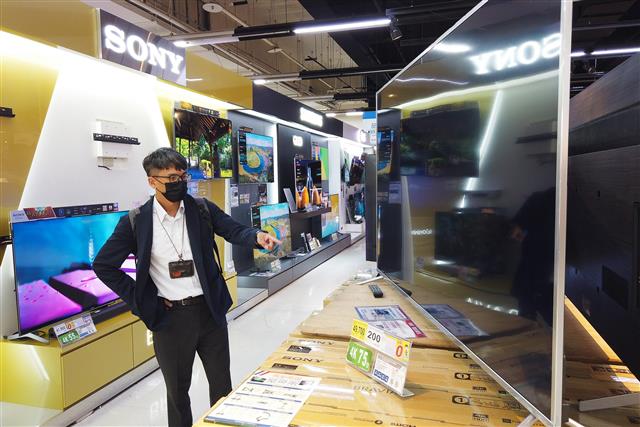 A few India-based enterprises have decided or plan to set up display panel plants in India, but this is unlikely to have substantially impact on the existing global display supply chain in the foreseeable future, as the total panel production capacity in India will be much smaller than that in China, South Korea, Taiwan and Japan.

Under the Indian government's Production Linked Incentive (PLI) scheme, Elest, a subsidiary of India-based Rajesh Exports - which is among the globally top-500 enterprises - will invest INR240 billion (US$3.01 billion) to set up a 6G AMOLED plant in Telangana State, central India, to produce smartphone, tablet and notebook applications.

The plant will introduce AMOLED technology from advanced R&D centers around the world and create about 3,000 jobs, Rajesh said. But Rajesh did not disclose information on technological cooperation.

India-based oil, gas and metal producer Vedanta has acquired Japan-based LCD glass substrate maker AvanStrate and applied to the India government for setting up a 8.6G TFT-LCD plant in India. Vedanta in February 2022 signed an MoU with Taiwan-based Foxconn Electronics to establish a joint-venture maker of semiconductors. As Taiwan-based LCD panel maker Innolux is AvanStrate's client and has a 8.6G LCD plant in southern Taiwan, Vedanta could cooperate with Innolux via AvanStrate.

With subsidies under India government's PLI scheme and UP Electronics Manufacturing Policy 2017 set by the state government of Uttar Pradesh, northern India, Samsung Display (SDC) invested US$654 million to set up a panel module factory in the state and started production in April 2021.

Samsung Electronics, SDC's parent company, has cumulatively invested over US$1.1 billion in India and has been shifting production lines from China and Vietnam to India. The company has set up two large production bases and five R&D bases in India.

According to DIGITIMES Research, Samsung Electronics' factories in India produced about 60 million smartphones in 2021 and are expected to produce 93 million in 2022 and 108 million in 2026, with the proportion of total smartphone output from India to rise from 20% in 2020 to 29% in 2026.

Although Samsung is expanding its production in India, clustering and production of its South Korea-based supply chain makers in India are currently much smaller than those in Vietnam.

China-based panel maker China Star Optoelectronics Technology (CSOT) has invested INR18.3 billion to set up a factory to produce 5- to 65-inch LCD modules in Andhra Pradseh, southeastern India. With annual production capacity of 8.0 million LCD modules, the factory is intended to mainly support TCL, CSOT's parent company, to sell LCD TVs in the India market. TCL expects to sell 10 million LCD TVs for a market share of 7% in India in 2022. TCL currently ranks fourth in the India TV market and aims to surpass Sony, ranking third with a market share of 12% at present, by the end of 2022.

Some cities in India are ambitious to create manufacturing hubs through developing industrial districts of which some have development potential and are likely to replace some locations in China, Peng noted. However, India is impossible to completely replace China in terms of investment in manufacturing, Peng indicated.

Besides, infrastructure in India and Vietnam is insufficient and, in the case of Vietnam, surging investment has sharply shored up factory land prices and this will affect foreign enterprises' willingness to invest, Peng said. In fact, it is very difficult for Thailand, Indonesia and even Taiwan to completely replace China in manufacturing, Peng noted.

There are many factors that need to be considered in setting up overseas factories, including ecosystem support, infrastructure and local talent, Peng said. India is not ideal in terms of these three factors, and exiting panel makers are quite unlikely to set up panel lines in India for the time being, Peng noted.

China-based panel makers had kept expanding production capacities for nearly 10 years and, as a result they together occupied over 60% of global production capacity for LCD panels as of 2021, followed by Taiwanese makers with 20%, South Korean ones with 10% and Japanese ones with 6%.

In view of diminishing competitiveness in LCD, SDC terminated LCD panel production in June 2022 and has shifted focus to AMOLED. Taiwanese LCD panel makers are expected to benefit from SDC's exit but are still far less competitive against Chinese fellow makers in production capacity. Therefore, they have chosen not to expand production capacities and have focused on high value-added LCD panels.