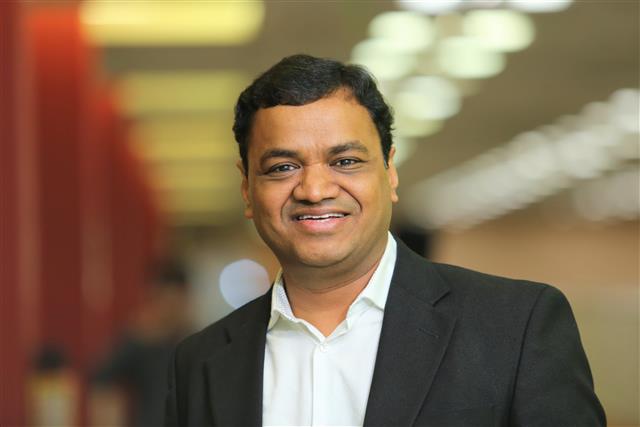 Many global semiconductor companies have welcomed the Indian government's latest initiative to promote local semiconductor manufacturing. With its range of incentives, the plan offers significant opportunities for many of them to boost their business and expand their presence in the region.

One of them is NXP, whose India team has already produced and fostered a wide range of hardware and software solutions to secure connections for a smarter future, focusing on areas like automotive, semiconductor, communication infrastructure, industrial & IoT, and mobile. Their solutions are used in almost everything from microcontrollers to processors and secure elements to software and contactless services that further require NFC technologies, such as contactless credit cards and cards for metro and toll gates.

But the company now plans to take it further. Speaking to Digitimes Asia recently, Sanjay Gupta, India VP and MD for NXP Semiconductors, revealed that the company would bolster its research and development to help the Indian government achieve its technology dreams.

"We will continue to focus our efforts on contributing to India's goal of becoming a global semiconductor hub and enhancing electronics manufacturing by strengthening our R&D capabilities and supporting government initiatives such as Make in India, Digital India, and Start-up India," Gupta said.

India's semiconductor industry plays a critical part in the country's growth and development strategy. More than 90 percent of the global firms have R&D and design centers in India, but none have set up fabrication facilities.

To address this issue, the Indian government recently introduced PLI and DLI schemes that would aid the country in moving forward and attracting investors across the globe. India's IT minister had recently announced that the country may see its first semiconductor unit by April or May 2023. Many in the industry see this as the beginning of a new era for this segment.

"The schemes provided by the government will attract existing and worldwide players by offering funds for design software, intellectual property rights, development, testing, and various stages of development, as well as the deployment of their plans," Gupta said. "With these initiatives, India will be able to move forwards towards becoming 'self-reliant' and an electronics manufacturing hub."

Realizing the demand in the Indian market

Electronic chips are at the center of the digital transformation in the transition to Industry 4.0, an area that India hopes to benefit from. Gupta said that with the Internet of Things (IoT) gaining traction, the next generation of interconnected gadgets would drive up the need for intelligent computing, resulting in long-term demand for semiconductors.

"Mobile devices, telecommunication equipment, information technology, office automation (IT & OA), industrial machinery, auto, and a variety of other end-use industries that have computing applications in some form or another have also contributed to the increase in demand for chips," Gupta added.

Companies from the US, Japan, South Korea, Taiwan, and the Netherlands dominate the global semiconductor manufacturing industry for various reasons. Gupta pointed out that while Taiwan's semiconductor sector has flourished due to government programs, robust research, and industrial parks, South Korea benefited from a focus on memory semiconductors by effectively using the workforce in a labor-intensive process.

For Japan, high-quality raw materials, equipment, and compact active-passive components have been critical assets. India's strength has so far been R&D.

India's past efforts to pursue the semiconductor market failed because of unsteady infrastructure, unstable power supply, and poor planning. Fab plants require a continuous power supply as they run 24x7. Additionally, an entry-level factory consumes more than 20 million liters of ultra-pure water per day, and chip manufacturing requires a pollution-free environment and a clean setup. Even a single speck of dust can compromise a chip, costing millions of dollars.

For such reasons, and given India's previous experience with hardware, concerns about how the latest initiative will pan out persist. But Gupta suggests that the conditions are favorable now.

"The installation of Semiconductor Wafer Fabrication (FAB) units in India is very challenging, even though India has done well in terms of chip design and manufacturing of electronics," Gupta agreed. "Like a few other semiconductor hubs in the Asia Pacific, India too has similar favorable conditions for the raw materials required, and with the recent government push, strategic alliances, and proper infrastructure, the semiconductor industry in India can achieve similar heights."

We will have to wait and watch as more companies announce their plans for this industry. Some of the largest Indian companies have already jumped on the chip-making bandwagon, giving early indications of what we can expect. The next few years will be interesting for the Indian semiconductor industry.