Who dominates the global semiconductor market? 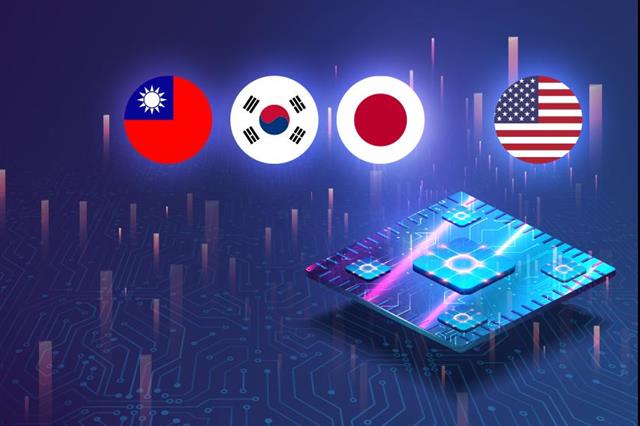 The semiconductor industry with a sophisticated division of labor has seen a rapid evolution over more than 60 years, during which the global capital market also has played a key role. The industry's development is a very complicated one, from either a political or economic point of view.

We have observed and analyzed the global semiconductor market of US$555.9 billion through different dimensions beyond the industrial output value. US brand vendors including Intel, TI, Nvidia, AMD, and Qualcomm contributed US$273.9 billion of revenues, accounting for 49.3% of the global market and allowing US companies to remain the most influential in the global market. Apart from Micron, almost all of them focus on logic chips and they are the global market leaders.

Although the memory market also has its own business cycle, buyers can adjust the memory capacity they need according to pricing. This is different from logic and control chips with diverse characteristics. Though dominating the memory industry, South Korea is striving to shore up its presence in IC design and wafer fab sectors, with a focus on logic ICs and contract chipmaking services. It hopes to seek a balance for its industry that is tilting towards memory.

Taiwan has established a strong foothold in the global semiconductor sector. Besides its unrivaled manufacturing capabilities, Taiwan also has remarkable success in the IC design sector. Leveraging rising demand for alternatives to imports, Taiwan's IC design houses started by developing chipsets for PC, power management ICs, and driver ICs in the 1990s. MediaTek was founded in 1998 with an even stronger ambition. Taiwan-based IC design houses and IDMs such as Winbond, Macronix and Nanya contributed sales amounting to US$53.9 billion, accounting for 9.7% of the global total, with Taiwan sitting in third place in the global IC design rankings.

Led by STMicroelectronics, NXP, and Infineon, European manufacturers represent 8.5% of the global market share. Automotive chips will be the strategic products for all automotive players to cash in on future business opportunities. European manufacturers have undertaken relatively less capacity expansion in the past few years. Will they adhere to Europe's own way or invite TSMC to construct fabs in Europe? The decentralization of semiconductor ecosystems could become more pronounced. The manufacturing structure with Asia as its hub over the past decades will break up into a localized and diversified landscape.

Japanese manufacturers had their golden period during the 1980s and 1990s. Renesas, Kioxia, Rohm and IC design house Socionext reported total revenue of US$36.7 billion, accounting for a moderate 6.6% of the global market. Can Japan make a comeback? The partnership with TSMC to build a fab in Japan is the initial step, and Japan's souring relationship with South Korea seems to be pulling Japan closer to Taiwan.

The emerging market forces that deserve more attention are undoubtedly coming from China. Demand from China accounts for 60% of the world market since more than half of the electronic products are produced there. Though China's semiconductor industry started quite late, there has been remarkable growth propped up by government support, such as the "Big Fund." It has a lengthy list of IC design houses, but most of them have little influence in the market. It is estimated that revenues from Chinese IC design houses that are outsourcing chip production with meaningful sales volumes were US$25 billion. Adding another US$9 billion from the IDM sector made China the sixth-largest semiconductor supplier next to Japan in 2021, with a global market share of 6.1% – a figure close to what SMIC president Zhao Haijun had described as China's chip self-sufficiency status.

The following statistics more or less reflect intertwined relations of the IT industry under the impact of industrial co-opetition and geopolitics.