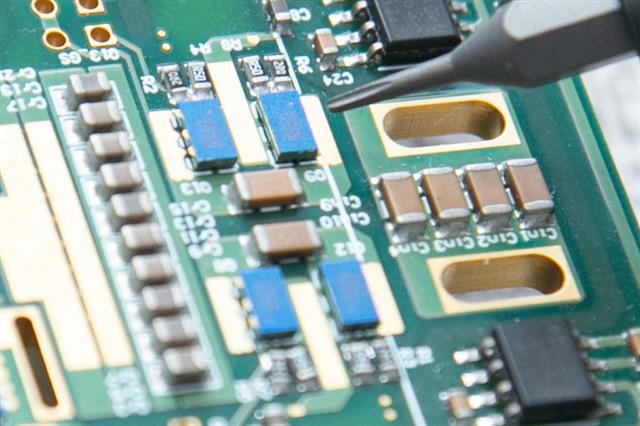 Tian Zheng International Precision Machinery (TZI), which has a high market share in sorting, packaging and testing equipment for passive components, has seen strong order momentum in 2021, with consolidated revenue from January to September reaching NT$820 million (US$29.1 million) for an on-year growth of 105.22%.

Passive component factories in China and Taiwan relaunched their capital expenditure expansion policies in 2020, following the depletion of passive component inventory and the US-China trade war.

Taiwan-based companies are focusing on expanding large factories that concentrate on high-end applications, as well as production line changes to the manufacturing process required for the upgrades.

Although recent demand for passive components has gone down due to problems with the supply chain and entering into the traditional off-season, long-term plans for equipment investment have not been affected.

TZI is still at full production capacity, with on-hand orders scheduled through to the first quarter of 2022. The biggest short-term variable rests with China's power restriction policy.

TZI stated that the power restrictions in China not only impact small-to-medium-sized passive component factories but are also interrupting first-tier makers.

TZI's main production capacity in China, located in Dongyuan, accounts for about 65% of its production. Up to now, its manufacturing and assembly have not been affected much by the power restrictions. Instead, TZI has received requests from customers to delay equipment installation due to the power restrictions: without power, the equipment cannot be turned on and tested. This has affected the equipment move-in schedule but is expected to have a limited impact on October and November revenues.

According to the supply chain, TZI's packaging and testing machines are already being used by a major domestic group and has seized growth opportunity for miniLED. Its main competitor is Singapore-based ASM Technology.

In regard to LTCC, TZI has already completed the certification for two Taiwan-based companies and small-volume shipments have started. Based on the expansion plans of downstream customers, this momentum should continue until 2022.

As for semiconductor equipment, TZI has a major advantage because its three main shareholders - YoungTek Electronics (YTEC), Chang Wah Group, and diode and MOSFET manufacturer Panjit - all play significant roles in the semiconductor industry.

TZI said that before the power restrictions in China their internal forecast for 2022 revenue was expected to surpass their 2018 record, showing double-digit growth compared to 2021. But the current climate is uncertain, and performance in the fourth quarter is expected to equal or only be marginally higher than the third quarter.

Overall, resistor manufacturers in Japan, capacitor manufacturers in South Korea, and Taiwan-funded LTCC manufacturers all have clear plans to expand in 2022 and are certain to be able to grab a large proportion of supply, even in the worst industrial environment. It is estimated that performance will remain the same as in 2021.

As for semiconductor equipment, the growth rate will increase significantly due to the low base period and the number of machines shipped will double. If the QFN equipment can pass certification, the company hopes to see a clear contribution to revenue in the second half of 2022.

TZI said that it is gradually entering the semiconductor industry. From system-on-package (SOP) to DFN to QFN, its mid-term goal is to have revenue from passive components account for up to 50% of its total revenue; semiconductor, LED and LTCC equipment account for around 40%, and the remaining 10% will come from component and machine changing services.