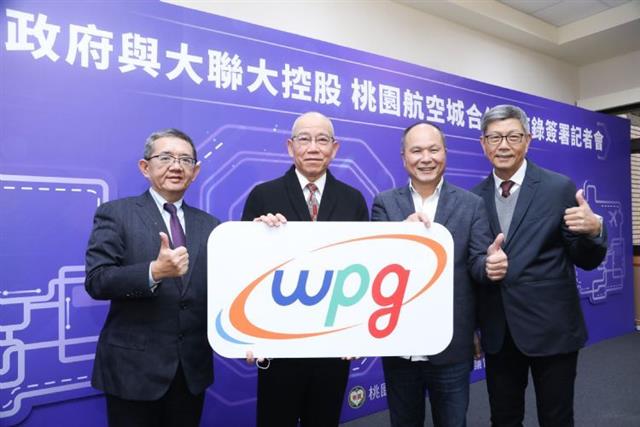 Taiwan is the leader in many semiconductor sectors, but the "last mile" in terms of logistics and shipping centers is missing in the country - a gap that WPG Holdings is ready to fill with its plans to support the Taoyuan Aerotropolis project, according to Frank Yeh, vice chairman of the IC distributor.

The last mile for logistics and shipping centers has been often held by Hong Kong, Singapore, and Malaysia, but WPG's LaaS (logistics as a service) digital transformation platform will play a major part in the development project around the Taiwan Taoyuan International Airport to bridge that gap in the semiconductor supply chain, said Yeh.

Yeh, who is in charge of digital transformation at WPG Holdings, noted that in terms of warehousing for leading US chip vendors, Qualcomm is mainly based in Singapore, Nvidia in Hong Kong, and Broadcom in Malaysia.

But Taiwan plays an important role in the upstream semiconductor supply chain, with Taiwan's top design houses, such as MediaTek, and Rexchip and major chip vendors from the US and China, all relying on support from foundry houses, such as TSMC and UMC, from OSAT providers, such as ASE Technology Holding, and IC substrate suppliers, such as Unimicron, Yeh said.

Among them, TSMC can provide one-stop services from wafer foundry to advanced packaging and testing for the most advanced chips such as Apple's APs and HPCs.

Though the manufacturing of ICs is done in Taiwan, the shipping centers for them are not, said Yeh.

WPG has seen its smart warehousing transforming from 1.0 and 2.0 to the present 3.0, which is the LaaS model, which will be further implemented in Taoyuan Aerotropolis, said Yeh.

Yeh believes turning Taoyuan into a global shipping center and integrating into the supply chain the "warehousing OEM" model will make Taiwan's semiconductor supply chain a complete one - or an "Taiwan IDM," said Yeh.

Yeh said this is the ultimate goal - turning Taiwan into a global semiconductor logistics center - of the MoU that WPG and Taoyuan Aerotropolis have singed.

Yeh estimates that the logistics center should be able to start operation as early as 2024.

Such smart warehousing operations at Taoyuan Aerotropolis will require considerable investment, but it will be neccessary if one needs to serve customers who set up factories in Vietnam or India amid the US-China trade war, said Yeh.

WPG has first "practiced" from the Hong Kong warehouse and completed smart warehousing 1.0, Yeh said. Its operations in southern China serves Chinese customers and has regional functions, which is 2.0; and the warehouse in Taoyuan will be the smart warehousing 3.0 version, which is the most important and most comprehensive, he said.

According to Yeh, in Singapore, for example, the management of semiconductor-related warehousing services is carried out in traditional ways, with only two warehouses and no value-added services, and the cost for clients is even higher. It is similar in Hong Kong.

Customers are aware of these difficulties, but there is no better solution, Yeh said, adding if they can ship out the chips from warehouses in Taoyuan, the labor and time costs will be much lower.