Global top-5 notebook brands saw their combined shipments in April grow 12% on month to reach a new record for the month, as parts of their shipments originally scheduled for delivery in March were deferred to April, and demand for notebooks from users working and studying from home in mature markets was stronger than expected, according to Digitimes Research's latest figures from its notebook tracker.

Despite being a slow season, Hewlett-Packard (HP) enjoyed strong growth in April, as it had in March. Dell experienced rising orders from the enterprise and education sectors in April, helping the US-based vendor advance to second place in vendors ranking, surpassing Lenovo, Digitimes Research's figures show.

With China's domestic demand weaker than that of Europe and North America and with fierce competition from Huawei and Xiaomi in China's online channel, Lenovo's shipments underperformed its US-based competitors in April.

The top-3 ODMs witnessed an on-month increase of 10% in their combined shipments in April. Quanta Computer remained the largest ODM for the second consecutive month in April, thanks to robust orders for Chromebooks and MacBooks. 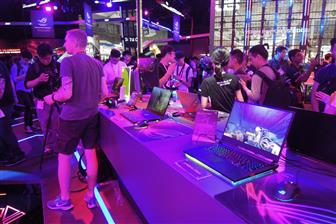