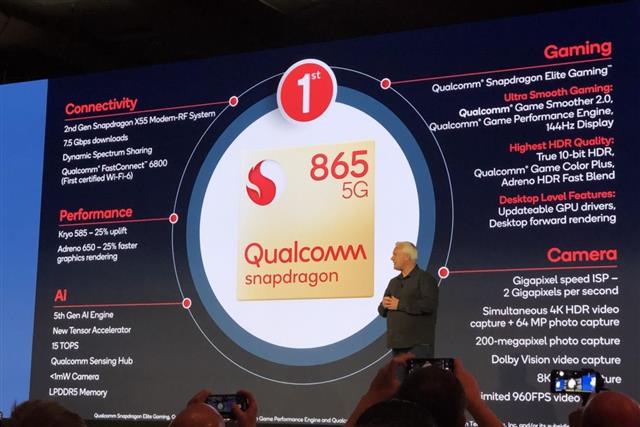 Smartphone AP shipments in China reached a total of 197 million units in the fourth quarter of 2019, down 5.9% on year and 7.7% sequentially with volume for the whole year arriving at 776 million units, down 3% on year. As smartphone brands were cautious about their AP inventory levels, their order pull-in in fourth-quarter 2019 preparing for the Lunar New Year shopping was not very strong, according to Digitimes Research's latest report about smartphone AP shipments in China.

Shipments in the first quarter of 2020 are estimated to drop to 146 million units due to China's weakening economy and not yet fully completed 5G infrastructure as well as a lack of a killer application and government subsidies, Digitimes Research's numbers show. The coronavirus outbreak is further dampening demand.

Since consumers are anticipating cheaper 5G smartphones in the second half of 2020, significant replacement trend has not yet emerged.

Qualcomm, MediaTek and Hisilicon are now shipping both 4G and 5G APs, which will significantly increase shipments of APs made via 7nm/8nm processes and raised their shipment proportion to 36.7% in the first quarter of 2020.

Hisilicon is expected to suffer from a dramatic shipment decline in the first quarter of 2020 as Huawei, its key client, has high smartphone inventory level as a result of the smartphone brand's keen order pull-ins in the second half of 2019 to achieve annual target of 240 million units.

Qualcomm and MediaTek are both expected to see rising shipment shares in the quarter, but MediaTek is expected to gain advantages in the 5G/4G AP competition against Qualcomm thanks to its APs' high price/performance ratios.

To ease off its disadvantages, Qualcomm has recently slashed the price of its Snapdragon 765 5G AP, but the price cut is unlikely to start benefiting Qualcomm's shipments until the second quarter.