Eureka Park: A showcase of both startup and national high-tech strengths

Featuring exhibits of innovations by startup companies from all over the world, Eureka Park was the most eye-catching exhibit area of CES 2019. Many of those companies were gathered inside national pavilions and their exhibits were flavored with a cultural touch, making the presentations dazzling and lively. However, behind the display of cultures was a competition in terms of capital, talent and technological strength.

As opposed to other exhibit areas of CES 2019, where individual exhibitors set up their own booths to attract attention to their products or brands, Eureka Park hosted national pavilions with collections of exhibits by startups from respective countries. Visitors entering Eureka Park would be impressed by the sight of different pavilions with their own decorative themes - such as one with booths featuring red rooster emblems, one with orange-color display panels and carpeting, and another with consistently styled metal partitions, tables and chairs.

Each of the participating countries was attempting to use a consistent image to make its exhibit area stand out from others, allowing potential buyers or partners to easily recognize them.

Eureka Park is the fastest growing theme area of CES, encompassing a show space of 2.75 million square feet this year. Eureka Park was first launched at CES in 2012, hosting 94 exhibitors. The number grew to 600 in 2017, broke through the 1,000 mark in 2018 and exceeded 1,200 in 2019, representing more than a quarter of total CES exhibitors. Eureka Park was the most packed exhibit area of CES 2019.

The startup teams from each country exhibiting at Eureka Park were organized by their respective government authorities in charge of high-tech development or commerce. Aside from helping their startup teams find capital and partners, they had additional agendas. For example, France looked to promote its business environment and bring in talent and technologies. The Netherlands placed emphasis on helping its businesses expand into the American market. Israel focused efforts on exporting its technologies and establishing trade relationships.

Ramping up efforts at CES 2019, Japan and Korea are just beginning to foster their startups to compete on a global level. The Taiwan Tech Arena (TTA) launched by the Ministry of Science and Technology (MOST) set up the Taiwan pavilion at CES in hopes of gaining international visibility by demonstrating Taiwan startups' technological strength.

The collective exhibits presented by startups from all over the world made Eureka Park stand out. The organizers from different countries exerted all-out efforts in incorporating their cultural uniqueness to the exhibits, adding a touch of spirit and warmth to the high-tech displays. They also made good use of the exhibit locations and venue dynamics to plan their collective displays and marketing activities to their advantages.

By adding touches of national images to individual startup exhibits, which were then mixed and reshaped to create a collective impression of each country's technological strength, the national pavilions at CES 2019 Eureka Park generated maximum benefits.

Compared to other European countries with a mature startup scene, France is more eager in fostering startup expansion into overseas markets. There were 316 French startups exhibiting at Eureka Park this year, trailing the US with 326 startups, making France the most represented foreign country at Eureka Park.

Sitting to the left of the Eureka Park entrance was an area marked by red rooster signs where 160 French startups organized by Business France (BF) showcased their innovations. Among them, 120 came from nine different districts in France and 40 were handpicked by BF. Along with startups funded and assembled by large corporations such as La Poste, Engie and Valeo, a total of more than 300 French firms were present at Eureka Park.

Visitors to the French Tech Pavilion would feel the French government's commitment to facilitating startup development, both at the central and local levels. BF representing the central government and nine district-level authorities each hosted dedicated exhibit areas for their startups as well as their own booths to promote their business environments.

The French authorities think only government support such as tax exemptions will help recruit talent and foster venture capital. France is also encouraging startups to expand outside of France and Europe and compete on a global level. With such a large team of French startups present at CES this year, attracting media attention, the country's startup policies were also under the spotlight.

The Netherlands: The orange army led by the royal family

The Netherlands has always been the most eye-catching European team at Eureka Park. Although the number of exhibitors may not compare to the French team, the Dutch team's exhibits marked by a prominent orange color with a tulip drawing were grabbing media attention, especially with the help from a member of the Dutch royal family leading the team.

The national flag of the Netherlands has no orange color, but the color has its origin from the Dutch royal family name Oranje-Nassau. Prince Constantijn has headed the team of Dutch startups to participate at CES Eureka Park for years, which shows the Dutch royal family's support for the country's startup development.

For example, they set up podiums at pathway intersections for exhibitors to give presentations. Considering that some visitors would come directly to specific exhibitors, the Holland Tech Square also had standing signs showing exhibitor booth locations. Startups in the same field were grouped together and they were numbered from 1 to 50 to help interested visitors quickly locate their booths.

Promotional materials available at the Holland Tech Square indicated an emphasis on partnerships between the Netherlands and the US. The Netherlands hopes to connect its startups with American businesses to facilitate their smooth expansion into the American market. In line with this objective, many Dutch startups chosen to participate at Eureka Park had products that take American use scenarios into consideration.

The Israel Export & International Cooperation Institute (IEICI) and Ministry of Economy and Industry were in charge of organizing the Israeli Pavilion at CES 2019 Eureka Park with a focus on promoting the export of Israeli technologies and solutions so their marketing funding whether for advertising billboards or national pavilion construction was all used on the exhibitors.

Although there were only 23 Israeli startups exhibiting at Eureka Park this year, ranked 11th, they were able to attract attention with a design featuring colorful letters forming the word "Israel" on a black background. All the display stands came with black metal frames and wood tabletops, presenting a unique visual feel.

The Israeli Pavilion was situated at a delta formed by two main pathways both this year and last year at Eureka Park. The space may be small but enjoyed the highest visitor flow. With its colorful "Israel" signs, neatly organized booths and over-sized display panels, it would be difficult for visitors to miss the Israeli Pavilion.

At last year's Eureka Park, Japan and Korea stood on the sidelines as other countries set up their own pavilions for collective exhibitions. Japanese and Korean startups had booths distributed among other startups without national delegations. Their booth designs lacked national images. This year at Eureka Park, they took on a whole new look. Japan organized two theme areas - J-Startup and Japan Tech, both featuring a red and white background. All its promotional resources were directed at enhancing the Japan image and the Japanese startups.

J-Startup is a program launched by Japan's Ministry of Economy, Trade and Industry (METI) in June 2018, aiming to incubate high potential startups. The Japanese government has set a goal to establish 20 venture businesses with a corporate value of over US$1 billion by 2023. Organizing the J-Startup exhibit area at Eureka Park was part of the J-Startup program.

Japan Tech Project is a non-government initiative also aiming to foster startups. Operating at a smaller scale, the project offered support to a selection of seven startups that showcased their innovations at CES.

Korea had 45 startups exhibiting at CES last year, slightly more than Taiwan, but the number shot up to 109 at CES 2019. Korea, France and the US were the countries that brought a fleet of more than 100 startups to CES. Korea Trade-Investment Promotion Agency (KOTRA), originally in charge of planning only for regular exhibit areas, joined forces with Korea Electronics Association (KEA) to carry out the "from Korea" project, which included planning for exhibits at Eureka Park for the first time this year.

The Korean Pavilion at CES 2019 Eureka Park impressed visitors with a design containing the word "Korea" in white on a blue background and a Taichi symbol. The features of the products on display were noted at a specific location on the display panel at each booth. The Korean Pavilion was planned with an emphasis on leaving sufficient open space. Some booths were even pushed back to make way for visitors so that they could stop and browse the exhibits. There were also plenty of tables and chairs for people to sit down and have short discussions but they were set up in semi-open spaces to prevent freeloaders from hogging them.

Taiwan's exhibit area at CES 2019 Eureka Park, dubbed "Taiwan Tech Arena" (TTA), hosted a team of 44 startups that had been picked by a panel of Silicon Valley veterans assembled by the Ministry of Science and Technology (MOST) and approved by CES organizer - the Consumer Technology Association. MOST offered a presentation skills boot camp for these startups before they set out for CES.

With the new resounding title TTA, MOST augmented the Taiwan team to 44 startups from 30 at last year's event. The TTA pavilion also had a new location and design characterized by a color similar to Tiffany Blue. The color is also used on the TTA website and trademark.

As one of the theme areas of the CES exhibition, Eureka Park did not see consistent amounts of visitor flow throughout different sections of its show floor so the countries holding exhibits at Eureka Park were very particular about their locations. At CES 2019 Eureka Park, the TTA pavilion was situated closer to the entrance but farther from the main pathway, which had an impact on the visitor flow. But there was a restaurant nearby with high passing traffic and the dining area had a view of the TTA sign and Taiwan exhibitors.

The TTA pavilion had an elongated shape with a small stage at its entrance where exhibitors could give five-minute presentations to visitors entering the pavilion. When there was no presentation in session, the area in front of the stage with padded square stools could serve as a rest area for visitors to take a break and thus take notice of Taiwan startups.

Three brochures were available at the TTA reception, two of which contained information on the 44 exhibiting startups, the thicker one introducing the company profiles and products and the other introducing the entrepreneurs' visions and dreams by way of interviews to present another side to the cold hard technology.

The third brochure that was the thinnest and smallest brought to light the TTA base located at the Taipei Arena. These publication materials were an indication that TTA planned the exhibits at Eureka Park also with a focus on promoting Taiwan startups.

Eureka Park is no doubt the most distinctive among the 24 CES exhibit areas, offering a show floor where each participating country's creativity is demonstrated not only through the products on display but also the marketing efforts infused with cultural uniqueness. But at the end of the day, it's all about who has more capital, talent and technological strength. 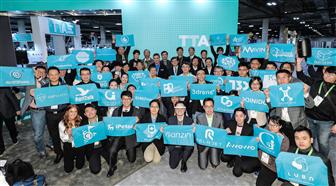 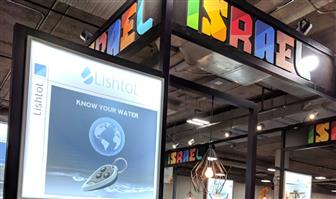 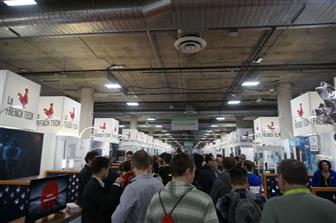 The French Tech pavilion characterized by the Gallic rooster