Taiwan's Ministry of Science and Technology (MOST) will lead 44 tech startup companies to attend CES 2019 in Las Vegas in January 2019, MOST minister Liang-Gee Chen announced on Wednesday.

The minister made the announcement at Taiwan Tech Arena (TTA), which will organize a national pavilion at CES' Eureka Park to showcase the country's tech strengths to the world, creating a stage that connects Taiwan startups with the global ecosystem, resources and industries to create business opportunities estimated at NT$4 billion (US$129.71 million).

Chen said there wasn't any angel investors in Taiwan in the past, but it has now started to see some. MOST has ambitious goals for helping establish more startups, but that will need a lot more angel investors, he said.

Chen pointed out that two Taiwan startups won the Innovation Award at CES 2018, which marked the first time that a MOST-arranged team had showcased Taiwan's IT prowess at the annual event. The Taiwan team to CES 2018 consisted of 32 companies.

Launched in June 2018, TTA is a pioneer program funded by MOST. The program aims to connect global resources, build a more tech startup friendly ecosystem, and foster high-tech entrepreneurships in Taiwan.

TTA hopes to attract global and domestic talent and actively foster the innovation of technology industries by building a co-creation platform for startups, accelerators, venture capital, and corporate partners. 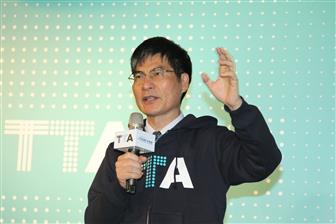