New Taipei City, the largest municipality in northern Taiwan, has been selected by Intelligent Community Forum, an international organization, as one of the global top-7 smart cities for three consecutive years due to its achievement in promoting application of smart city solutions to its administration and services, deputy mayor Yeh Hueh-ching said during a recent interview by Digitimes.

The large population of nearly four million people of diverse background and the big gap in urban and rural developments have been motivating the government to enlist smart city slutions to tackle its problems and provide services, Yeh explained.

The city hall is highly automated, including its lighting, air conditioning, ventilation, and elevator systems. Air conditioning on each floor is adjusted based on the estimated number of users via monitoring the use of elevators.

The city is experimnting in two of its districts smart micro-grids which feature integration of rooftop PV systems, small wind turbines, energy storage systems and smart energy management systems for adjustable power supply. Such micro-grids enable stable power supply when communities suffer power outage or shortage during peak-load hours. The city also monitors power use in each building and household, understanding their power consumption for reference in energy saving education.

Ddue to insufficient budgets, the city has adopted a PFI (private finance initiative) model to replace 220,000 mercury vapor streetlamps with LED ones in three years without spending any government money. The LED streetlamps save power consumption by 185 million kWh a year, equivalent to carbon reductions by 96,000 metric tons. Many of the LED streetlamps are smart ones equipped with air quality sensors for cloud computing-based detection of air pollution.

To facilitate residents commuting to and from neighboring areas, such as Taipei City, the New Taipei City government has developed a bus app allowing users to customize their own commuting routes by specifying the time, the origin and destination. The app, which works on a ride-sharing concept, will then propose the route, waiting for others to subscribe to it. Once 20 people subscribe to it, the bus operator managing the app will start providing the customized service for those subscribers within 20 days.

The customized service is characterized by fewer bus stops and more direct routes based on passengers' needs. The first customized bus route came into operation in 2015 and there are now 15.

Smart day care centers and others

There are 56 city-commissions public day care centers in New Taipei. The city government will encourage them to upgrade to smart operations via cooperation with high-tech companies. Smart day care centers will feature real-time monitoring of indoor temperatures, humidity and air quality as well as smart management for children's health.

Capitalizing on big data analysis of 1.47 million entries of information concerning high-risk families, the city has developed portable risk calculators to help social workers make immediate assessment of risks and give early warning for possible family crises, Yeh said. The city also has established a social security network for assisting families with high-risk children and teenagers by integrating 10 of its departments, private organizations and groups. The network has so far assisted 117,500 such families, he noted.

New Taipei City has served as a site for experiments for many smart city solutions, some of which have been adopted by others after successful runs in New Taipei, Yeh said. For example,the smart library solution has been introduced to cities in China and the smart LED streetlamp solution to cities in other Asian countries, Yeh noted.

Commenting on the challenges in promoting smart city solutions, Yeh indicated that they should be based on innovative ideas and system integration, and it is important to have everyone motivated, which, however, is not easy. 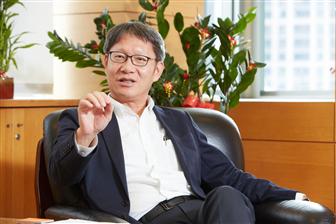 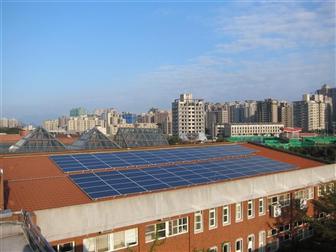 A rooftop PV system as part of a micro-grid in a large community
Photo: New Taipei City government 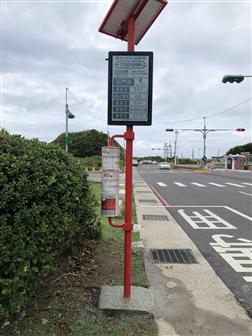