The government of Keelung has been keen on proceeding with smart city development in recent years, aiming to turn the harbor city in northern Taiwan into a people-serving city from the past cargo-serving one in the context of industrial upgrades and transformations, according to mayor Lin Yu-chang.

In a recent interview conducted by Digitimes, Lin stressed that smart city development should not be restricted by administrative boundaries, and instead should cover the whole northern Taiwan with a population of 10 million including residents in four northern cities - Taipei, New Taipei, Keelung and Taoyuan.

Lin pointed out that the community formed by the four northern cities has become Taiwan's cash flow, people flow and logistics centers, with Taoyuan as the western gateway and Keelung as the eastern one.

The belt-type tech industry corridor spanning the northern cities together are like a mega city with a population of 10 million. In this regard, all must seriously mull how to effectively integrate productivity in the mega city, Lin continued, indicating that the Keelung Harbor and industry-use land parcels along the Keelung river valley can combine to to attract innovation and high-value industries to station in the harbor, and the enclave of the harbor area can be utilized to create new economic momentum for northern Taiwan.

Lin stressed that positioned as the gateway of northern Taiwan but with a population of only 370,000, Keelung cannot attract industries to station in without sound infrastructures. To enhance the attraction and competitiveness of Keelung, the city government will map out a comprehensive city and harbor renewal project based on the architecture of the whole northern Taiwan.

With Keelung 93% covered by hills, the development of the Keelung harbor has been restrained by limited hinterland available. To maximize the economic benefits of the harbor city, the government will build a third cruise center and innovation industrial complex at the old sites of container yards and military harbor in the eastern coast after their relocation to the western coast, so as to attract high-end talent and enhance the competitiveness of the city through building sea-friendly environments.

Lin emphasized that industrial upgrades driven by smart applications may bring a turnaround opportunity for Keelung, the development of which has stayed stagnant for a long time. He said that his government is seriously mulling what industries could be best developed in the planned industrial complex in the eastern coast.

In terms of smart applications, the Keelung government has readied a pilot area for the development of a smart fishing port, Lin disclosed, adding that LED streetlamps installed in the area can serve as micro weather stations, conduct security control, and accurately detect the locations of returning and departing fishing vessels, while also saving power consumption by 65% compared to mercury lamps.

Moreover, the city government is also planning a public transportation system dedicated to autonomous electric vehicles, Lin revealed, adding that the system, spanning 2.86 kilometers, will first connect the east and west coasts and may be extended, if needed, to connect all scenic spots and local districts of the city to help upgrade local commuting, tourist and commercial services.

As to smart education, the city government has installed education-use computers and 55-inch projectors in all the classrooms at all the 56 elementary and junior high schools in the city, and one smart classroom will be set up at each school by the end of 2018, equipped with video conferencing equipment, 3D printers, touchscreen TVs, and Chromebooks. 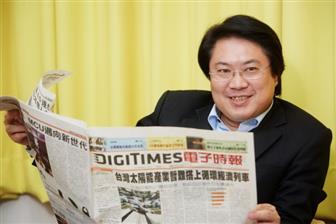