Wretch Chien, principal of AME Cloud Venture, was himself an entrepreneur when he founded a community website Wretch.cc in Taiwan. Since then his career has taken several turns, taking him from Taiwan to Silicon Valley: he joined Yahoo Taiwan after his website was acquired by Yahoo; he later traveled to Silicon Valley to work for Yahoo US; and then he left the company to study at Stanford University where he obtained an MBA. Chien is now a venture capitalist.

With his experience working in Taiwan and Silicon Valley, Chien recently shared with Digitimes his views about the steps Taiwan should take to promote entrepreneurship in the era of knowledge economy.

He believes Taiwan's success should not rely on a game of guessing the next star industries and Taiwan's innovation should not be forcibly connected with its existing cutting edges in hardware. What Taiwan needs to focus on is to incubate internationalized talent and encourage its people to think the unimaginable in order for them to create values.

Talent incubation is the basis to tap into the knowledge economy

Commenting on the recent entrepreneurship hype in Taiwan, Chien said the country has missed out on the Internet era's golden 30 years, while its competitors including South Korea, Israel and Singapore - all of which were originally on the same level as Taiwan - have all made achievements in digital innovations with clear leads over Taiwan.

To catch up with the competitors and solve Taiwan's internal problems - such as low salary levels and slow industrial transformations - the Taiwan government has been actively encouraging its young people to start entrepreneurship and has even provided advice as to what areas they could tagret.

However, despite the government's aggressiveness, entrepreuners have rarely addressed some of the fundamental questions: whether they truly want to have a business of their own; whether they are suitable for doing entrepreneurship; and whether Taiwan's economic conditions can support entrepreneurship.

It is a completely different story in Silicon Valley, which Taiwan has been eagerly trying to re-connect with and learn from, Chien said. It does not have government assistance identifying their targets, and all people and companies there have an equal chance of achieving success no matter what types of industry or field they wish to get into, as long as they have profound understanding of their target areas and have been working on providing solutions to problems that have not yet been solved.

For these companies, the best of them would succeed when the time comes. In the past 60 years, companies that have been said to be the pioneers of their sectors, such as Fairchild, Intel, Apple, Hewlett-Packard (HP), Cisco, Yahoo, Google, Facebook, Uber and Airbnb, all have followed a similar path to success, cultivating in their specific areas for many years and waiting for their moments to come

Of these renowned enterprises, over half of their founders are not from the US and are even speaking their native languages at home, showing Silicon Valley's effort of incubating internationalized talent.

Take Stanford University for example. Up to 30% of those studying there are international students, meaning that every student at Stanford has a chance to meet other students from different cultural backgrounds. Such a cultural diversity requires students to improve their communications and management skills - assets that they will need when founding their own companies later. And their connections back at school can serve as a bridge in their network for recruiting talent into their companies.

Many believe that Taiwan should create new economic values by using its existing advantages and leveraging its hardware expertise - a direction many entrepreneurs have been ecouraged to head towards. But Chien personally does not fully agree to such a path. He believes in the era of knowledge economy the creation of values is not necessarily based on continuity.

Taiwan should try to think outside the box and develop emerging and unimaginable applications, but the key driver for such innovation is internationalized talent, which is what Taiwan lacks the most, he said. Instead of placing large amount of resources trying to create a next-generation industry, the government should broaden its view and try to build Taiwan into a center of talent exchange in Asia, attracting international students with potential to study in Taiwan and send Taiwan's top students to study abroad.

Use imagination to identify entrepreneurship targets outside the box

AME Cloud Ventures, where Chien works at, currently focuses primarily on early-stage venture capital cases. He noted that the firm's investments in early-stage startups are decided completely by personal factors concerning business founders, especially their capabilities of presenting business concepts and targets, telling good stories and having good communication skills to convice venture capitalists they are can work together.

AME considers itself a learning-type of venture capital and makes investments based on its interests at specific times to identify opportunities. For example, the understanding of how a robot system works allowed AME to recognize the potential of the minimally invasive surgery robot market. It then became interested in medical care-related subjects and turned aggressive in explore the opportunities from artificial intelligence (AI) doctor applications.

As for what startups need to be aware of when seeking assistance from venture capital, Chien noted that startup founders must be clear about their targets and directions in order to know where they can get funding. Venture capital is not the only source of assistance. Company CEO and COO that the founders hire or government funding could also provide startups with needed support.

Chien pointed out that venture capital may not be a good choice for some startups, as venture capital tends to demand high profit sharing because of the risks they face. Entrepreneurship cases which promise high growth potential and profitability but offer little information about the ways of achieving the goals - except for presentations and briefings - usually have limited resources of support due to the risks involved. But such cases are more suitable targets for venture capital.

He added that entrepreneurs should not start out with the primary goal of attracting venture capital. If the founders have identified the right areas of development,the right investors would come knocking on their doors.

Chien believes that Taiwan should learn to accept the fact there is a variety of innovation, and not to force a connection between Taiwan's existing strength and innovation. People who decide to have a go at entrepreneurship should not limit their imagination or limit their targets to those deemd suitable for Taiwan. They should think clearly first whether they have actually located the problems that have not yet been solved, and whether they are able to resolve them.

If the answer is yes, the startup founders should find the right teams to create the products and carefully work out strategic plans to expand the companies' profitability and market scale. 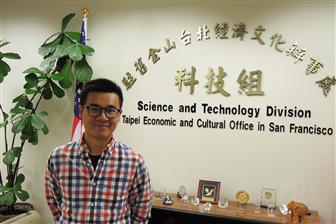 Tags
angel investor Bits + chips Cloud IC design, distribution ICT manufacturing IT + CE IT components, peripherals Mobile + telecom Mobile content, software Mobile devices PC, CE Server, IPC, cloud computing, IoT Software, big data Taiwan Wretch
Looking for startups?
Startup database
Profiles of startups from Taiwan and around the world: their technologies, product developments, fundraising rounds, etc. All startups are welcome to register their profiles - free of charge.
Register
Accelerators & incubators
Information about accelerators and incubators from Taiwan and around the world that are mentoring startup businesses and teams. All mentors are welcome to register their info - free of charge.
Register
Events calendar
Major events, including those organized by the government, DIGITIMES, and others, featuring startups, innovative technologies and products from Taiwan, Asia and around the world.
Supply chain