Can China come from behind and win the race? 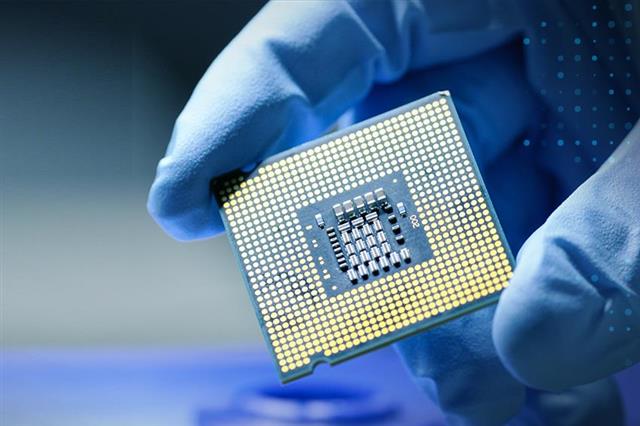 Before commenting on the intrinsic strength of China's semiconductor industry, we must have an elaborate study on China's semiconductor market and industrial structure. According to Semiconductor Industry Association (SIA), the total output of the global semiconductor market in 2021 was US$555.9 billion, up 26.2% from 2022, of which US$192.5 billion was generated from the Chinese market, accounting for 34.6% of the global total. However, this figure refers to the sales to local Chinese companies plus sales into China's domestic market, excluding the demand brought by foreign companies assembling diver products such as notebooks and mobile phones in China.

According to China's General Administration of Customs, the country shipped 220 million notebooks and 950 million handsets in 2021. The export-driven demand for semiconductors was characterized as dynamic demand, as compared to the rigid demand of local manufacturers and markets in China. China's domestic market normally accounts for one-fourth of the global total, and including the demand of exporting manufacturers such as Lenovo, Xiaomi, Oppo and Vivo, China's rigid demand is estimated at 34.6% of the global market. We could come up with more accurate data if we take into account the semiconductor demand from electronics manufacturers such as Foxconn, Quanta, Compal, Wistron and Pegatron and compare it to the export figures of Taiwan, South Korea and components distributors.

So how much is the self-sufficiency rate as a proportion of China's rigid demand? According to previous definitions, the IC design market shares should be estimated based on the combined shares of IDMs and fabless IC design houses. Therefore, the revenue of China's IC design industry should be added up with the output value of local IDMs such as Wuhan Xinxin, but exclude that of foreign companies such as TSMC, Samsung, Hynix, and local wafer foundries such as SMIC. In addition, IC design companies with annual revenue of less than US$100 million are "negligible" in the market, so it is estimated that the sales value of China's local semiconductor industry amounts to merely about US$10 billion. Thus, the actual self-sufficiency rate is lower than it seems. This is also the assessment of SMIC president Zhao Haijun.

China is the main export market for Taiwanese and Korean semiconductors, and local firms generate 34.6% of the global output, plus 25% of valued added exports in processed products by foreign companies. China hopes to participate in the global top-four race leveraging the support of its domestic market demand along with the government's Big Fund.

As mentioned earlier, the core of the semiconductor industry is constituted by IDMs and fabless IC design companies. On top of that, EDA design tools and silicon IPs are indispensable to completing the design work. The most important EDA design tool providers globally are Synopsys, Cadence and Mentor, and the most influential silicon IP provider is Arm. They are all US-based players. Facing China is an uphill battle trying to unseat these market leaders.

Even though each IDM has its own fabs, considerations of technology, production scale, and operating efficiency have sent Renesas, Infineon and NXP embracing a fab-lite approach. Dedicated to high-end business opportunities, Samsung has also contracted UMC for the manufacturing of some image processing and related chips. The fifth and sixth largest IDMs – China-based SMIC and Huahong – lack cutting-edge processes technologies, despite significant growth in 2021. China's packaging/testing sector is relatively closer to the international leadership with 25% of the global market, compared to Taiwan's 58%.

It is estimated that the revenue of the wafer foundry industry reached US$106.7 billion in 2021, while the backend packaging/testing reported revenue of US$39.7 billion. China could have a chance to come closer to the leading pack if Chinese players put in more hard work. But it is far from being easy for China to overtake them.