IT industry outlook (4): Is there any way out for China's beleaguered semiconductor industry? 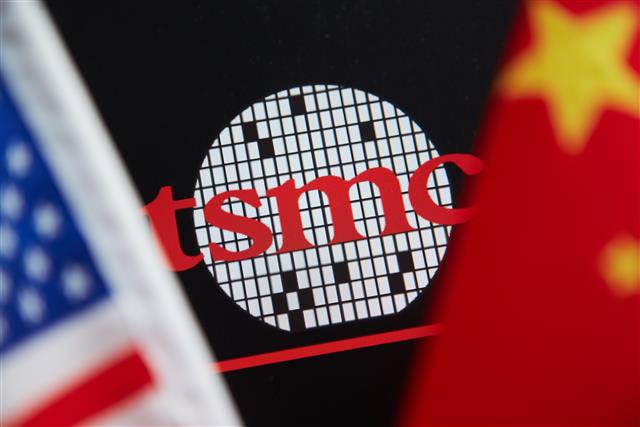 The National Security Commission Artificial Intelligence (NSCAI) of the US has made recommendations on the competitive relationship between American and Chinese high-tech industries, noting that China is even ahead of the US in artificial intelligence (AI), and that the only remedy for the US will come from "computing power," which is enabled by semiconductors.

As a result, the US not only has prohibited the sale of state-of-the-art semiconductor equipment to China, but even has imposed plenty of restrictions on maintenance of 16/14nm equipment to prevent China from using maintenance as an excuse to import equipment and nurture China's know-how development in the next generation of semiconductor industry. Consequently, SMIC has been constrained in the development of 14nm process node. TSMC is expanding offerings at its Nanjing fab in China to the more mature 28nm process node, instead of expanding the capacity for its currently major processes of 16/12nm.

According to a Semiconductor Industry Association (SIA) survey and its strategic targets, the US semiconductor manufacturing sector, which now accounts for about 12% of the global market share, hopes to double it to 24% by 2027. To achieve this goal, the US will invest US$150 billion to build 7-10 fabs.

Luke Lin, a research manager at DIGITIMES, believes that incentives from the federal and local governments will not be granted to US companies alone. The US strategy is not to build semiconductor supply chains all on its own, but to team up with its allies to contain China. Therefore both TSMC and Samsung will play prominent roles. On top of that, the US will beef up the strength of its semiconductor materials, equipment and packaging & testing sectors.

It is generally believed that Intel's 10nm (equivalent to TSMC's 7nm) production line will not be really up and running until 2021. In order to keep AMD and Nvidia at bay, Intel even needs to secure TSMC's 3nm capacity support. Since Intel's process node is roughly two to three years behind that of TSMC, it may not be in the US's best interest to wait for Intel to catch up. In addition, the US packaging and testing sector accounts for only 2% of the global market. The US may not care about low-level, labor-intensive industry sectors, but it is probably eyeing TSMC's advanced packaging technology. Implementation of hi-tech investments in the US to enable local supply of semiconductors is what the US government is seeking to achieve. 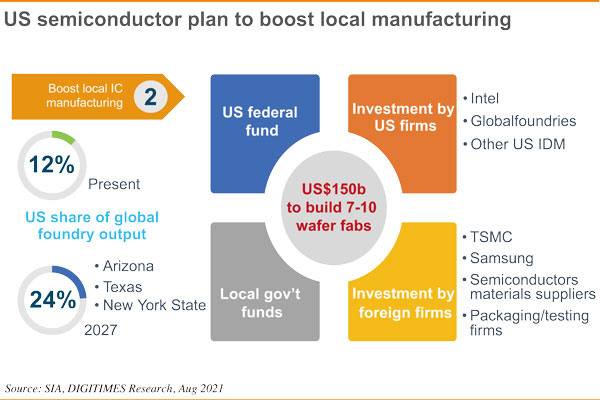 (Editor's note: This is part of a series of analysis on the IT supply chain by DIGITIMES Asia president Colley Hwang.)