Why does TSMC's sub-28nm overseas expansion follow a five-year timetable? 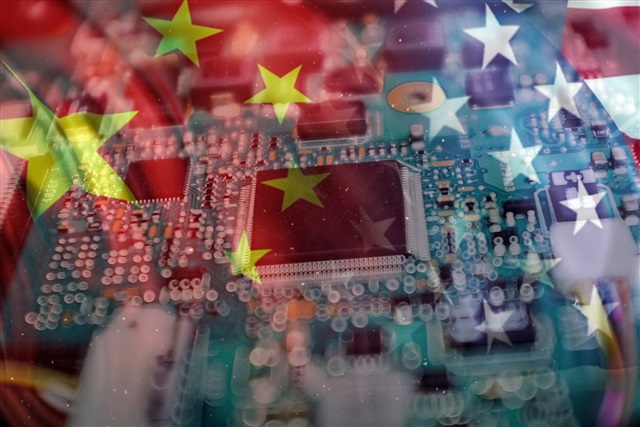 On January 12, 2023, TSMC held its Q4 earnings call in Taiwan. Except the financial figures and other key points concerned by the general public, it also shows that this globally expanding semiconductor giant is steadily aligning itself with the US President Joe Biden's national strategy to restructure the global supply chain.

As we all know, TSMC already planned six manufacturing sites with the announcement of Fab 21 in Arizona, USA. Back in mid-May 2020, it was announced that the process technology in Fab 21 would be 5nm. However, in November 2022, after participating in APEC and back to Taiwan, TSMC founder Morris Chang publicly announced that Fab 21 would advance to 4nm, although it is still a technology in the 5nm family - it shows the US desire for advanced chip manufacturing technology.

Furthermore, at the launch ceremony of TSMC's Arizona plant in early December 2022, it was also announced that TSMC's 3 nm technology, which had not yet been mass-produced in Taiwan at that time, would be transferred to Fab 21 in the future. Later at the end of December, TSMC held a 3nm mass production and expansion ceremony at Fab 18 in Tainan Science Park, Taiwan. Although Samsung had announced its 3nm process mass production on June 30 of the same year, half a year earlier that TSMC, TSMC nevertheless has secured clients like Apple, while Samsung still hasn't revealed who their clients are. Even the yield rate remains undisclosed.

Therefore, some people in Taiwan felt that the speed of exporting TSMC's advanced technology to US seems to be accelerating, which even sparked heated political discussions among all parties, including in the media and on the web across both sides of the strait. Peoples wanted to know: how fast is the pace of TSMC's US expansion? And, to what extent?

Now, TSMC's earnings call has given the answer: within 5 years. Namely, in 2027, 80% of production capacity of sub-28nm process nodes will be in Taiwan. Overseas sites - not only the United States, but also Japan where TSMC has started building factories, and Europe where TSMC is negotiating - will account for 20%.

The White House released the 'National Security Strategy' report in October last year (2022), and the US Department of Defense released the 'China Military Power Report' in late November, referring to the three steps of military modernization laid out by the Communist Party of China (CPC) at its Fifth Plenary Session of the 19th Central Committee that are expected to be achieved in year 2027, 2035 and 2049, respectively.

In 2027, the People's Liberation Army (PLA) plans to achieve its centenary objectives since foundation. In 2035 it plans to realize the modernization of national defense and armed forces. By 2049, the PLA seeks to build a 'world-class military'. 2049 is also the 100th anniversary of the founding of PRC. The three-step strategy is all about accelerating the modernization of China's national defense and military power.

The U.S. Department of Defense official added that if the PLA achieves its centenary objectives in 2027, it will have sufficient capabilities to unify Taiwan by force.

Since the US President Joe Biden took office in January 2021, the Biden administration has announced the goal of rebuilding the global supply chains. The semiconductor supply chain is the most important one compared to the supply chains for medicines, batteries, and rare earths - all these are the determinants of a country's technological prowess, and ultimately concern the national security of the United States.

Frankly speaking, it is almost a mission impossible to establish a complete semiconductor supply chain on US soils within a reasonable time frame. The more practical solution is to unite allies and partners, which explains the origin of the 'Chip 4' alliance made up from the US, South Korea, Japan, and Taiwan. Among them, Taiwan, which accounts for nearly 70% of the global chip foundry production capacity, con for the United States.