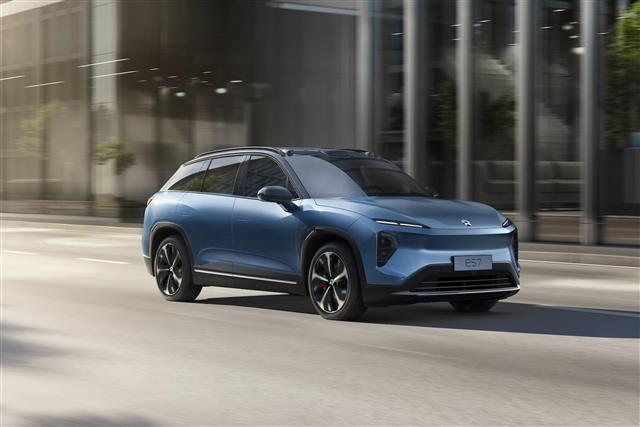 The year 2022 did not go easy on the automotive industry. Most companies saw their market capitalization shrink due to worldwide inflation, chip shortages and other supply chain disruptions resulting from COVID-19. Notably, the value of China-based OEMs changed dramatically.

Japan-based Toyota and Honda Motor last year saw a 24.4% and 17.6% in value decrease, respectively. The market cap of Nissan Motor dropped by 34%, slightly higher than Hyundai Motor and Kia.

The pandemic struck China's market in 2022. According to an analysis from the China Passenger Car Association (CPCA), Shanghai's lockdown from March to April caused an unexpected impact on vehicle production and sales. Since the metropolitan area is a hub of automotive parts, COVID restrictions hampered most automakers' output in the country.

China's zero-COVID policy before December 2022 hit car sales during the peak season from September to November. The capital market was also pulling back from overinvestment in the automotive market. These two factors contributed to the fall of car company stocks.

XPeng, one of the leading EV startups in China, experienced a value loss of almost 80% in 2022. The decrease was so tremendous that XPeng could not make the Market Cap 100 this time.

Its competitor Nio remained on the list but fell to the 57th in the rankings, seeing a decline of more than 70% in market cap.

Nio began 2022 strong with delivery growth in seven consecutive quarters in 2021. Then it was struck by the Shanghai lockdown. However, the company managed to reach several milestones in the last year. It entered the overseas markets in Germany, Netherlands, Denmark and Sweden. It also saw the 300,000th Nio car roll off the line and introduced four new models.

The state-owned Changan Automobile was one of the rare cases that only saw a 2.4% market cap reduction. The company, which has 38 years of experience in car manufacturing, achieved accumulated sales of 20 million vehicles in 2021. It announced intelligent and new energy vehicles (NEVs) projects five years ago meant to fundamentally transform its focus.

Some China-based media and analysts attributed Changan's extraordinary stock performance in 2022 to efforts put into the projects. According to Cheyun.com, after releasing the Changan Force Technology, an energy and electrification solution, in November, the automaker has fulfilled ambitions in gasoline cars, fuel cell vehicles as well as hybrid, range-extended and battery EVs.

Changan has built four NEV platforms, with the CHN platform set up with Huawei and CATL. It also introduced Zhuge Intelligence, a new brand featuring intelligent vehicle technologies, to the market in August 2022. Cheyun.com reported the launch signaled the company's success in transitioning to an innovative segment.

BYD, China's largest automaker, experienced a value reduction of 17% in 2022. The decrease was relatively minor compared with other OEMs in the country. While it stopped making cars powered only by gasoline in March last year, it has maintained an over 100% year-over-year delivery growth each month ever since.

According to Shanghai Securities Journal, BYD kept the leading position against Tesla in the third quarter of 2022. Its global deliveries surpassed the US-based carmaker for nearly 200,000 vehicles.

BYD also owns semiconductor and battery businesses. Its Blade Battery is reportedly to support Tesla cars. These advantages partly explain why the automaker did not see dramatic sales or market cap changes during a challenging year.

LGES made the top 10 although listed less than a year

CATL's market cap decreased from US$215.6 billion to US$139.3 billion in 2022 while the company secured its lead in the rankings. As a battery maker accounting for 30% of the global market share, CATL faced fierce competition within and outside China. The company accelerated business model diversification through various approaches, such as starting battery swapping services and co-developing EVs with partners.

One of the aggressive competitors that CATL encounters is South Korea-based LG Energy Solution. While it became publicly traded less than a year ago, the battery maker already made the 8th place in the Market Cap 100 rankings with a value of US$81.1 billion at the end of 2022.

LGES had drawn an ambitious roadmap and began bearing fruit last year. The first plant of Ultium Cells, a joint battery company with General Motors, started production in August 2022. The batteries provide vital support for GM's EV transition. It was a landmark of the LGES' North American market scale-up. Another boost came from an announcement of a joint battery plant with Honda in Ohio.

LGES' 2022 market cap already took up 58.2% of CATL. The company will see another Ultium plant come online in 2023. With more production plans or partnerships to release, how LGES will narrow the gap with CATL will continue to capture the attention in the coming years.