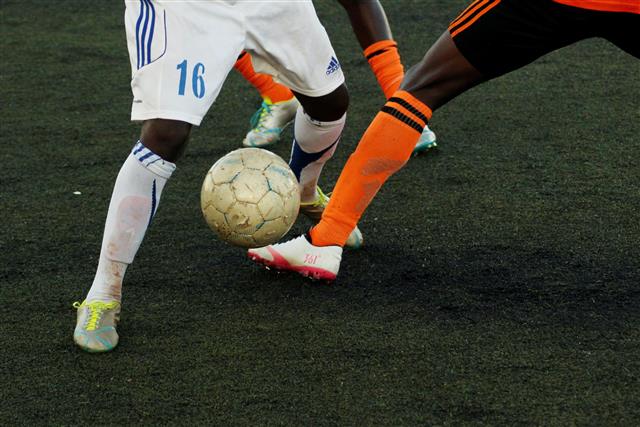 Human body produces various physiological signals. Analyzing the information can help people better deal with stress or enable athletes to reach peak performance, besides many other applications. Canada-based Thought Technology has been manufacturing instruments monitoring vital signs for over 45 years. Its products have been distributed to over 100 countries.

Jingming Yu, Thought Tech's key account manager for Asia-Pacific, said physiological and neuronal activities such as heart rate variability and body temperature changes are invisible but essential to human bodies. These activities affect a person's athletic ability, stress level and many other performances.

According to Yu, Thought Tech's instrumentation gathers and analyzes the signals for medical purposes. Professional users like clinicians or trainers can utilize the information for therapeutic treatments and training.

One of the most well-known applications of the company's products is soccer player training. Yu said AC Milan, a professional soccer club in Italy, built a "mind room" with Thought Tech's device more than 10 years ago. Players who have sensors on their heads and bodies would lie on recliners. Then, the physiological signals produced by their muscles, heart and other organs were sent to another room where experts analyze the information in real time.

Yu said the instrumentation helped the players' training and monitored their physiological status before, during and after practices. Qatar adopted a similar setup two years ago when preparing for the FIFA World Cup 2022.

He added that biofeedback is like a "mirror" reflecting a person's status. For example, someone who claims they are relaxed might have a low peripheral temperature and high respiration rate, showing they are nervous but unaware of it.

Yu said one can receive treatment for stress management with the biological information. As their bodies warm up or muscles relax they will see the indicators return to normal.

Founded in 1975 in Montreal, Thought Tech has been working closely with researchers around the world. Experts use the company's systems to conduct studies paving the way for new applications.

Yu said Thought Tech is a founding member of the Biofeedback Federation of Europe (BFE). It also partners with other leading associations in the field to promote awareness of biofeedback and neurofeedback among health professionals.

While Thought Tech's products have been distributed widely in North America and Europe, Yu said the Asian market has grown the most. As economic development proceeds, more hospitals have been built in the region. More health professionals have become aware of the expertise and the number of patients who can afford the treatment also has increased.

Thought Tech has seen much potential in Asia. Yu said the company introduced MyOnyx, an instrument for muscle rehabilitation, during the pandemic. It has reached an annual sale of more than 3,000 systems in China. He said Thought Tech launched the device in Japan in the summer of 2022, selling more than 100 sytems within six months.

The biofeedback instrumentation manufacturer keeps gaining a global presence. It also has been exploring various ways to enhance production applications.

Yu said Thought Tech has worked on combining virtual reality (VR) with biofeedback for years. The integration can be applied to scenarios such as the treatment for fear of heights.

According to Yu, traditionally, airlines train flight attendants by showing them bird-eye-view photos. With VR, the trainees become immersed in the airplane-like environment and can look out the windows from the air. Yu said treatment of phobias will attain better results with the emerging technology.

He added that Thought Tech has been working on developing wireless sensors. While there are many non-medical Bluetooth and other wireless technologies, they generally do not qualify for medical use. Yu said the sensors must be reliable even when exposed to sweat or electromagnetic interference or experiencing temperature changes. Great engineering efforts have been made to ensure the data gathered is valid under tough circumstances. Tags
biomedical Canada China Hong Kong Interview Japan Smart applications startup
Share this article
Other links
Print
Related story
SEL EdTech startup MEandMine leverages AI and digital tech to scale
Related topic
Asia
Opinions
Looking for startups?
Startup database
Profiles of startups from Taiwan and around the world: their technologies, product developments, fundraising rounds, etc. All startups are welcome to register their profiles - free of charge.
Register
Accelerators & incubators
Information about accelerators and incubators from Taiwan and around the world that are mentoring startup businesses and teams. All mentors are welcome to register their info - free of charge.
Register
Events calendar
Major events, including those organized by the government, DIGITIMES, and others, featuring startups, innovative technologies and products from Taiwan, Asia and around the world.