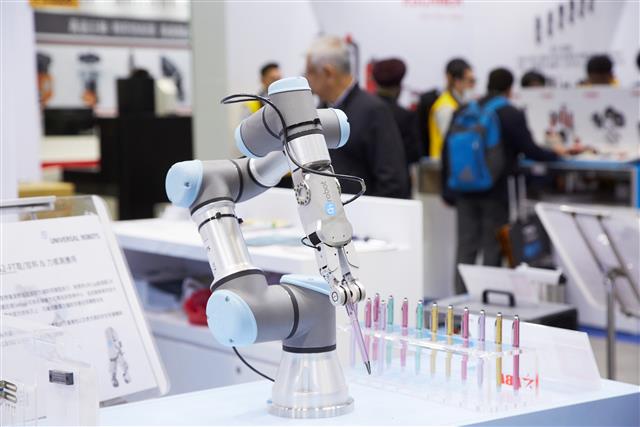 In order to reduce its dependence on imports, China, the largest industrial robot market, has been developing a local supply chain, thereby increasing the market share of local brands to more than 30%.

Jin Pai, an analyst of DIGITIMES Research, said that except for rotate vector reducer (RV reducer) that still needs to be imported, China-based industrial robots providers are increasingly sourcing locally-made harmonic reducers, control systems, and servo motors, thereby helping them lower their costs and increase market share from 28% in 2020 to 31% in 2021 in China.

RV reducer, which is more high-end than a harmonic reducer, is used in heavy loads such as big arm and shoulder, while the harmonic reducer is used for lighter loads such as the wrist. Meanwhile, after receiving commands from control systems, servo motors, or servo systems, allow for precise control of rotary or linear movement of a robot.

China issued a 14th five-year plan for the robot industry, which aims to double its robot density (units per 10,000 employees) from 246 in 2020 to 492 in 2025. According to data from the International Federation of Robots, China accounts for more than half of the world's industrial robot market and has overtaken the US in robot density in 2021, with 322 robots installed per 10,000 employees compared with 274 in the US.