How Silicon Valley looks at the Taiwan miracle (2): Taiwan manages without a national security strategy 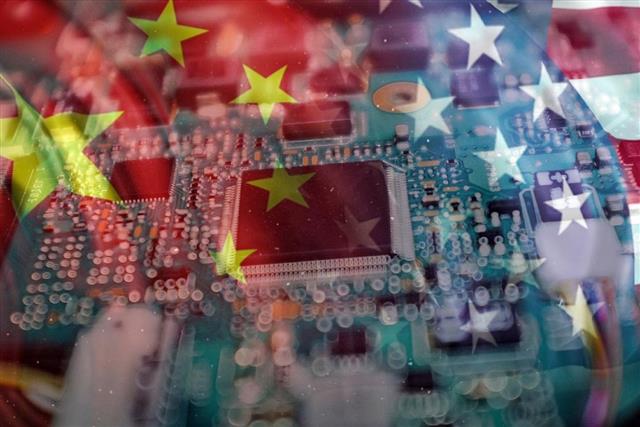 Controversies over its sovereignty have prevented Taiwan from having a clear national strategy. But who's at fault? Winston Churchill once said Britain's strategy for the past 400 years had been to avoid the Low Countries from falling into the hands of the great powers in Continental Europe. The national strategy of the US, on the other hand, is to maintain international hegemony by leveraging its knowledge, technology and patents, backed by its military prowess.

Taiwan's main opposition party KMT has been entangled in the territorial claims to the Chinese mainland, and the ruling Democratic Progressive Party (DPP) has been unable to declare that there are two independent countries separated by the Taiwan Strait. It's really a miracle that a country without rules of survival and core values has been able to develop into what it is today.

The moderator of the Silicon Valley seminar that I attended recently - James O Ellis, a retired four-star admiral in the US Navy - said we cannot stop China's growth, but we can slow it down and interact with it in controlled conditions. Taiwan is the key to peace and stability in East Asia, but can Taiwan be trusted, and is it worth trusting?

Pamela Phan, deputy assistant secretary for Asia at US Department of Commerce, said during her participation in the discussion online that US secretary of commerce Gina Raimondo is thinking strategically about how to stall China. She speaks Vietnamese and Chinese, leads a team of more than 300 people working on Asia Pacific business issues, and has a master's degree from Stanford and a PhD from Columbia in political science. We are seeing more and more Asians in key positions in the US government.

Asymmetric warfare has always been a central part of the US strategy for dealing with the Taiwan Strait. Ellis noted, "Large number, small things." Take Australia, for example. In 2020, 59.6% of Australia's US$96 billion in exports to China came from iron ore, and China leveraged this to force the Australian government to have Taiwan change the name of its representative office in Australia. The US and EU were well aware of such happenings.

Now that many African countries are debt-ridden, the US is thinking of returning to Africa. India wants to avoid the risk of relying too much on Chinese trade. But timing is very critical, and no one knows when the balance will reach the tipping point. Everyone believes that Xi Jinping is a risk taker, but what form of invasion would China take to achieve a quick victory? Taiwan needs to make it difficult for China to invade, and strengthen its civil defense capabilities and awareness.

What is Taiwan's national strategy? Taiwan first proposed a national security policy in 2006 when Chen Shui-bian was president. Does it mean that his predecessors had ignored the issue? Let's rewind it, maybe not to the rather remote past of the martial law period (which ended in 1987). Since the direct presidential election in 1996, there has been a great controversy among its populace about the status of the country: Is Taiwan part of China? As long as the sovereignty of the country remains undetermined, all discussions involving China will come to a dead-end.

Since coming to power, the DPP has shifted to the cross-strait "one side, one country" narrative. But the DPP's assertion that Taiwan and China are independent of each other has set the tone of its national security strategy with China clearly being its target. China has clearly ignored all Taiwanese narratives about the island's status, and bluntly declared that Taiwan independence is a dead-end and the price is war.

So far, Taiwan's national security policy has remained ambiguous. All kinds of national security discussions have been academic, and impartial discussions have been rare. While the "localists" openly campaign for Taiwan independence during elections, some "unificationists" continue to advocate cross-strait dialogue under a pro-China banner. But they have barely produced any convincing arguments about whether Taiwan and China can conduct a peaceful dialogue on an equal footing.

These contradictions have affected the perceptions of overseas Chinese, and Chinese in the US and ASEAN countries have many doubts about Taiwan's role and status. Perhaps until the war comes, Taiwan's national strategy will remain a difficult issue that prevents clear discussions.