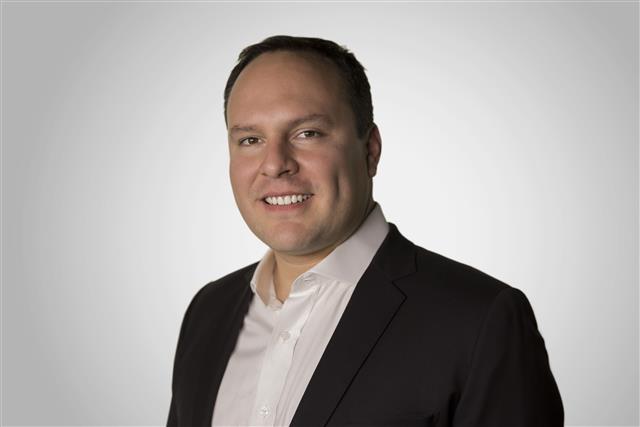 LiDAR technology has become critical to enabling self-driving. Australian deep-technology company Baraja develops solutions to miniaturize the sensor and bring down costs. Its technology has been acknowledged by the automotive industry and won a development agreement from a major OEM.

Baraja was established in 2016 by Federico Collarte and Cibby Pulikkaseril. Both are telecommunications engineers. The company is backed by Hitachi Construction Machinery, Sequoia, Blackbird Ventures and Main Sequence Ventures.

LiDAR (light imaging detection and ranging) technology scans the environment and measures its distance from objects. According to Collarte, Baraja's CEO, the company's patented platform Spectrum-Scan can help remove the common big mechanical steering system for scanning in a LiDAR and downsize the device.

In a recent interview with DIGITIMES Asia, he said he and Pulikkaseril were exposed to a new type of semiconductor laser when working together for the world's largest manufacturer of optical telecommunications components. The laser can change the color or wavelength of light yet very infrequently.

Collarte said when they founded Baraja, they were able to make the laser repeatedly change the wavelength of invisible light millions of times per second, even over vibration or temperature shock.

They paired the laser with a prism, Collarte said. When the invisible light goes through, the prism moves the light at different angles. That was how they achieved steering without moving parts.

The CEO said other LiDAR companies often use mechanical steering with large devices. Baraja's technology can miniaturize the system, lower its cost and increase reliability.

In addition, Baraja uses a Random Modulated Continuous Wave (RMCW) technique to help LiDAR technology measure the distance. Collarte said the company leverages the semiconductor laser that was designed to transmit information, encoded as 1s and 0s, at 10 gigabits per second over fiber optic networks. Therefore, the light its LiDAR sends out into the environment is also encoded.

What makes a difference is that Baraja can solve the problem of interference from other LiDARs or the sun. Collarte said if the light coming back to the company's LiDAR does not carry the right codes, it will be rejected.

He added that because Baraja's laser can already create the codes, it does not require additional investment to enable the feature.

The Australia-based company entered the LiDAR market with mining and industrial applications that see widespread adoption of the technology. It developed its first commercial product with Hitachi Construction Machinery.

Collarte said Baraja has secured the first multi-year production deal with Hitachi. Starting at the end of 2022, the Japanese mining equipment maker will equip their trucks with Baraja's Spectrum-Scan LiDAR technologies.

Now, Baraja is growing its automotive application wholeheartedly. The CEO said the automotive market would force the company to achieve high volume, low cost and high quality at the same time. Then, when it fulfills the three very different goals and drives the costs down, it can apply the technology to drones and other robotics.

Collarte said Baraja is developing its application-specific integrated circuit (ASIC) for automotive-use LiDAR technologies. The chip will do all the processing, data acquisition and be the driver of the laser.

Moreover, he said the company is integrating the laser receiver and the amplifier into a single component called bi-directional optical sub-assembly (BOSA). It would make the system 80 times cheaper and 50 times smaller than the current one.

In October, Baraja announced that it has entered into an advanced LiDAR development agreement with a major OEM alongside its Tier-1 partner Veoneer.

Collarte said the OEM is getting ready to select the LiDAR that will go into its cars. The agreement puts Baraja in a prime position to win the business in a competitive process.

"It lets you know how much interest there is from the OEM in our technology that they want to stay very, very close to us," the CEO added.

Baraja also joined MIH, an open EV ecosystem initiated by Foxconn, to gain a presence in the automotive sector. Collarte said Baraja likes the open principles of the alliance. The new organization would allow LiDAR companies to have a real contribution.

In addition, he said it is essential to have an EV alliance where members can debate and agree on specific rules that could benefit everybody.

When asked about Baraja's business roadmap, Collarte said the company is dedicated to realizing a LiDAR on one chip by 2030, which he labeled "Spectrum Ultra." The goal is to develop a credit card-sized LiDAR on a heterogeneous chip with multiple technologies.

He said a single-chip solution means the company can keep downsizing the system and reducing costs. It will also enable a much simpler manufacturing process to increase yield and remove human errors.

Moreover, Collarte said the enhanced LiDAR solution would reduce power consumption. The feature is especially beneficial to EVs because it would increase the range the batteries offer.

Tags
ADAS Automotive IC AV DeepTech Interview LiDAR startup telecom
Share this article
Other links
Print
Related stories
VividQ partners with Dispelix to improve AR interaction with 3D objects
Full solid-state LiDAR technology supported by 3D sensing and automotive supply chain
Profitable commercialization of L4 AV takes longer than expected, says Ford
Is self-driving AI a tech breakthrough, a dream, or an eradication of pleasure?
Foxconn showcases research results in future vehicles, highlighted by information security and V2X
Related topic
Opinions
Looking for startups?
Startup database
Profiles of startups from Taiwan and around the world: their technologies, product developments, fundraising rounds, etc. All startups are welcome to register their profiles - free of charge.
Register
Accelerators & incubators
Information about accelerators and incubators from Taiwan and around the world that are mentoring startup businesses and teams. All mentors are welcome to register their info - free of charge.
Register
Events calendar
Major events, including those organized by the government, DIGITIMES, and others, featuring startups, innovative technologies and products from Taiwan, Asia and around the world.