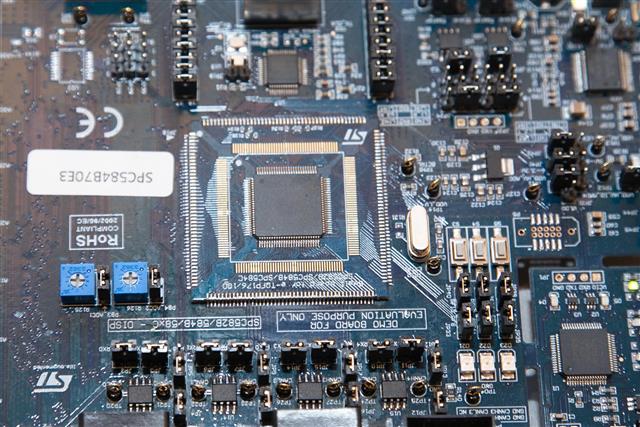 Taiwan is fulfilling its promise to invest in Lithuania and other Central and Eastern European countries to further enhance collaborations in the semiconductor, electric vehicle (EV), and laser industries by providing investments and scholarships.

A Reuters report quoted the head of the Taiwanese representative office in Vilnius as saying that Taiwan will invest EUR10 million (US$9.98 million) towards semiconductor production in Lithuania.

Ming-hsin Kung, minister of the National Development Council (NDC) - the Taiwanese government agency in charge of the sovereignty investments - confirmed to the United Daily News that the EUR 10 million investment is actually to be made to three companies through the EUR200 million Central and Eastern Europe Investment Fund that it set up earlier in 2022.

Litilit, a Lithuanian startup that is seeking to expand its ultrafast laser technology business, will be the first investment target of the fund, said Kung, who added that the investments into two other firms are at the final stage of reviews and assessments by the Investment Commission of the Ministry of Economic Affairs (MOEA).

Taiwan's representative office in Vilnius also said that the Industrial Technology and Research Institute (ITRI) will collaborate with Teltonika, an electronics manufacturer in Lituathia, to develop semiconductor manufacturing capabilities there.

Kung indicated that semiconductors will be the main area, but the collaboration between Taiwan and Lithuania will also include EV and laser technology.

The EUR10 million investment is only the beginning, said Kung, who emphasized that there are also scholarships provided to PhD and MSc students from Central and Eastern European countries to study in Taiwan and receive technical training. The scholarship recipients not only will enjoy tuition reimbursement, but also monthly stipends and round-trip flight tickets, according to the official website.

The Central News Agency of Taiwan reported a Taiwanese delegation from five top academic institutions has just concluded a tour in the Czech Republic, Lithuania, Poland and Slovakia to inform local students about the Taiwan Semiconductor Scholarship Program.

The report quoted NTU vice president for international affairs Yuan Hsiao-wei, who is a member of the delegation, as saying that the goal of the program is to equip students with adequate know-how about semiconductors and make them internationally competitive.

Taiwan and Poland signed a memorandum of understanding (MOU) in September for setting up a Taiwan-Poland workforce for semiconductor and microelectronic collaborations in investment, education, and research, following another MOU signed in May regarding the bilateral collaboration in advanced technologies, EV, and environmental protection.