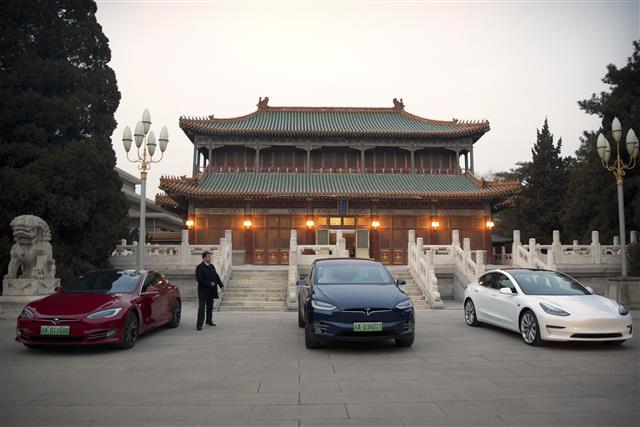 The segment of mid-priced cars is gaining momentum in China. Credit: AFP

The surging costs of lithium batteries and vehicle components continue to pressure suppliers of micro- and small-sized cars in China. Many of them are migrating to the mid-priced tier, whereas Tesla plans to launch cheaper models.

However, the market's prosperity might not last long due to rising production costs, including the prices of lithium batteries - the costliest part of an EV.

The prices of LFP batteries used in cheaper EVs have risen sharply under high demand. Other vehicle parts have also become more expensive, sources in the supply chain said.

Chinese carmakers have increasingly viewed lower-priced models as negative assets, so they are shifting focus to midrange models. Their output volumes throughout 2022 are estimated to be limited under the impacts of materials shortages and rising costs.

In China, cheaper cars are mainly sold to third-tier cities where consumers are less tolerant about price hikes than people in top- and second-tier cities. COVID-19-induced curbs have also slashed the general consumption power in China. As such, China's car market in the second quarter is expected to cool down.

The low-priced, economic, midrange, and high-priced segments contributed 11%, 20%, 30%, and 38% respectively to the total output values of Chinese car market. That is why Chinese carmakers are leaning toward higher-priced models, according to Chinese media.

On the other hand, Tesla CEO Elon Musk has revealed his plan to launch an EV smaller than the Model 3, which is sold at over CNY270,000 in China.

Market observers estimated Tesla's planned model would be priced at a low-to-medium range, meaning it would pose threat to Chinese carmakers that are migrating to the midrange tier. It is said Tesla would launch the smaller model in 2023 and that it would be priced at CNY160,000 or so.

The shortages of lithium batteries might not improve much through 2023, so whether Tesla can meet the market's expectation remains to be seen, industry sources said. There is little margin in low-priced cars, but compared with other EV makers, Tesla is still better at profit making, they said.

Once Tesla turns to the low-to-medium segment, other models sold around CNY200,000 might be squeezed out if their price-and-performance ratios are not on par with Tesla models.