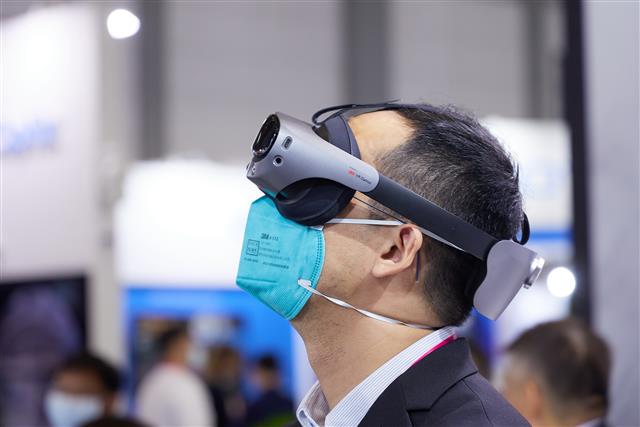 China-based Internet platform company ByteDance acquired virtual reality (VR) startup Pico in August 2021, merging it with its VR business. The move is similar to Facebook's acquisition of VR device manufacturer Oculus back in 2014 - the merging of an Internet company with a hardware company, but with different goals. Facebook's parent company Meta hopes to gradually build out its metaverse vision through VR hardware, whereas ByteDance plans to introduce applications such as TikTok into VR devices.

Pico sold roughly 500,000 units in 2021, more than its competitors including iQiyi, Huawei, and Xiaomi. Pico set a sales target of one million units for 2022, but the latest news says ByteDance has raised its VR device sales target to 1.8 million units.

Pico was established in March 2015. Before being acquired by ByteDance, it had already completed four rounds of funding. Its current products include VR headsets, the Goblin VR all-in-one PC, the Pico U VR glasses, Tracking Kit, the Pico Store app, and a game store.

Goertek, which was a major shareholder in Pico before the acquisition, has also signed a strategic agreement with ByteDance and will continue to manufacture Pico products. In addition to Pico, Goertek is also the biggest OEM for mainstream VR headsets including Meta's Oculus and Sony's PSVR, industry sources said. Driven by bullish global VR device sales, the upstream of the VR device industry chain led by Goertek will also benefit.

Goertek's business performance has risen sharply since 2021. In the first half of 2021, Goertek's smart hardware revenue totaled CNY11.2 billion (US$1.76 billion) for a year-on-year (YoY) increase of 210.83%, accounting for 37.01% of the company's total revenue, up from 23.16% the year before. Growth was driven by increased sales of VR and true wireless stereo (TWS) earbuds.

Goertek reportedly has established long-term cooperation with Meta, Sony, Qualcomm, Pico, Samsung Electronics and Huawei. It is also deeply involved in the R&D, design, and production of its customers' VR devices. According to chairman Bin Jiang, Goertek currently has a 70% share in the global midrange to high-end VR headset market.

In addition to Goertek, Chinese companies such as AR/VR microdisplays and solutions provider BOE Technology and optical component provider Sunny Optical Technology are also optimistic about the future of VR.