Since 1980, the semiconductor industry has gradually standardized the wafer sizes, but started the rapid advancement of new generation process technology, with the goal of creating high-performance ICs. Since getting beyond the 1-micron node, the industry has been keen on developing new materials and processes.

In the past 10 years, the display industry has shifted its focus to the development of new materials and processes, including OLEDs and quantum dots, which have also taken lessons from the semiconductor industry. The new display technologies have been stimulating consumer demand and boosting business opportunities for semiconductors and related sectors.

Over the past 20 years, the display industry has been dominated by the LCD era and production has advanced to large-size glass substrates. It has now reached 11G production. But since 2007 handset applications have become a dominant sector with new technologies also being adopted. The display sector is now migrating from the LCD era to the OLED era where applications have also moved from handsets to TVs and IT devices.

The arrival of the OLED era in the handset sector, coupled with 5G connectivity and foldable screens, has generated more chip content in devices. This is driving demand for both display panels and semiconductors. Looking ahead, the demand for panels and related semiconductors is expected to further expand in various applications, including AR/VR, microLED and Natural 3D display.

Whether it is OLED flagship handsets or new generation products such as OLED gaming notebooks, the percentage of semiconductor content in OLED panels on related products has increased significantly compared to the bill of materials (BOM) of traditional LCD handsets or mainstream notebooks. From the introduction of multi-touch functionality in the iPhone in 2007, to the adoption of Super AMOLED in the Samsung Galaxy Note in 2011, to the foldable panel in Samsung Fold in 2019, the display industry has again highlighted the innovative blueprint in the handset sector. The innovative display technology also leads to other important functions, including advanced camera features, enhanced graphics, multi-sensors, etc, all of which significantly increase the semiconductor content.

Looking ahead to the next generation of technology development, the display industry is expected to influence the development of the semiconductor industry in four areas: the form factor, AR/VR, microLED and Natural 3D display. First of all, when the panel changes from rigid to various designs such as foldable, stackable, bendable, and retractable, products such as foldable handsets, foldable tablets, foldable notebooks, laptops, and even rollable TVs are expected to drive both the display industry and semiconductor market demand.

Shieh believes that AR is expected to become the next wave of new platforms for computing and communication. The CEOs of major US tech companies, including Apple's Tim Cook, Microsoft's Satya Nadell, and Mark Zuckerburg - who is advocating metaverse applications and has just changed his company's name from Facebook to Meta - have all expressed their high expectations for AR applications.

Furthermore, there are still opportunities and challenges in microLED display technology. Basically, the first products to adopt microLED are expected to start with high-value applications, including ultra-large public displays and wearable devices, but there are still technical and cost challenges that are preventing the implementation of related technologies, including the development of smaller, die size and more efficient transmission, which will also affect the yield rates.

Light field displays are in urgent need of a high-resolution development blueprint. However, compared to 2D applications, Natural 3D display is expected to significantly drive the semiconductor content, including more memory and GPUs. 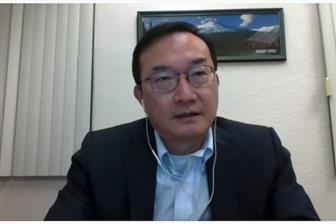