Singapore can be springboard into ASEAN, says Singaporean trade representative in Taipei 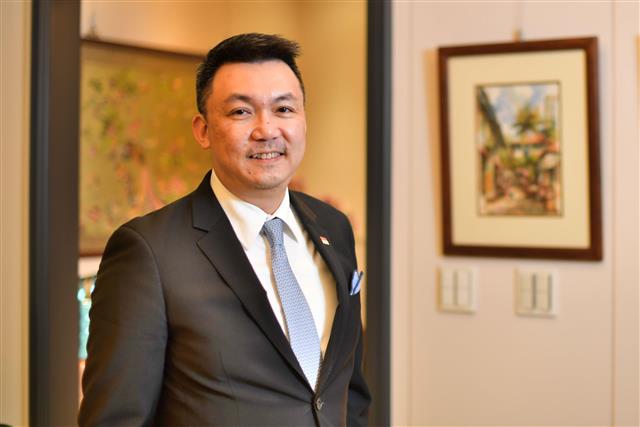 Singapore is well-known for its services and finance sectors, but there is much more to the economy of the Southeast Asian country, which is keen on expanding its manufacturing and can be a gateway for Taiwanese firms looking to establish a foothold in the region.

Yip Wei Kiat, Singapore's trade representative in Taipei, told Digitimes in a recent interview that his country is seeking to maintain its manufacturing at over 20% as a proportion of the country's GDP.

Singapore is not only seeking to expand its own manfacturing sector, but also to play a bigger role in manufacturing in ASEAN, which, for its member states, is "one community" as far as economic develpment is concerned, according to Yip.

Earlier this year, the country announced the formation of the Southeast Asia Manufacturing Alliance (SMA), a tripartite agreement between its Economic Development Board (EDB), Enterprise Singapore (ESG) and private sector partners to help manufacturers set up their operations in industrial parks in both Singapore and the region.

Many Taiwanese companies have been keen on the setting up manufacturing plants in Southeast Asia - a move that has been accelerated by the US-China trade tensions.

It may be too costly for manufacturers to set up plants in Singapore, but Ip thinks his country is in a good position to help.

"We can help Taiwanese companies to expand their presence in ASEAN," said Yip.

He noted that Taiwanese companies looking to invest in ASEAN can leverage the network and experience that SMA offers, as a lot of Singaporean companies have a presence in other ASEAN countries and they know well the local cultures and ways of doing business - which would be a great help for Taiwanese investors.

Singapore has maintained tight trade relationships with Taiwan over the years. Singapore is one of the few countries that have signed free trade agreements (FTA) with Taiwan, and bilateral trade has reached about US$50 billion, with electronics accounting for most of the exports from Singapore to Taiwan, many of whose IT firms have set up R&D and distribution hubs in the Southeast Asian country.

Singapore may not be as strong as Taiwan in terms manufacturing in the IT manufacturing sector, but it does have a sizeable semiconductor industry. Taiwan-based pure-play foundry UMC has a fab in Singapore, and VIS not long ago took over a wafer fab from Globalfoundries there. And SSMC, a joint venture between TSMC and NXP, is just across the road from the UMC fab.

Singapore will continue to develop its semiconductor industry though it has no intention to challenge Taiwan's leadership, according to Joshua Lim, EDB's regional director, Taiwan, who accompanied Yip during the interview.

Lim said Singapore will focus on mature and special-purpose semiconductors, where shortages are most acute. Such semiconductor applications are focused on 5G high-frequency communications and power electronics required for electric vehicles (EV).

Special chemicals such as plasticizers, UV absorbers, polypropylene for masks and isopropyl alcohol for disinfectants, and biotech pharmaceuticals are also industries that Singapore is promoting investment in because they are highly automated and capital intensive.

At the end of 2020, the Singapore government announced a SGD25 billion (US$18.81 billion) research and innovation fund over the next five years - the Research, Innovation and Enterprise (RIE) 2025 program, - which has focuses on various areas, such as heterogeneous integration of semiconductor packaging technologies, power electronics and specialty materials such as silicon carbide and gallium nitride.

Yip said that Singapore hopes to have closer cooperation with Taiwan enterprises in innovation, R&D and technology upgrade, and is communicating with Taiwan to explore ways to cooperate in innovation and digital transformation in the post-epidemic era. Singapore's research institutions and universities have invested many resources in advanced manufacturing R&D and production innovation, and can be a strong partner for Taiwanese companies, he said. 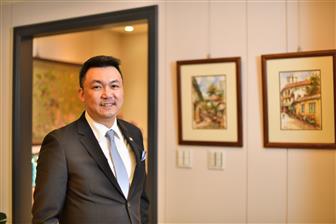 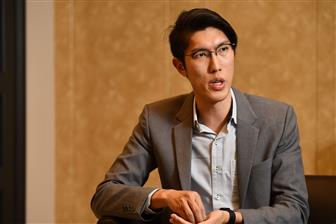