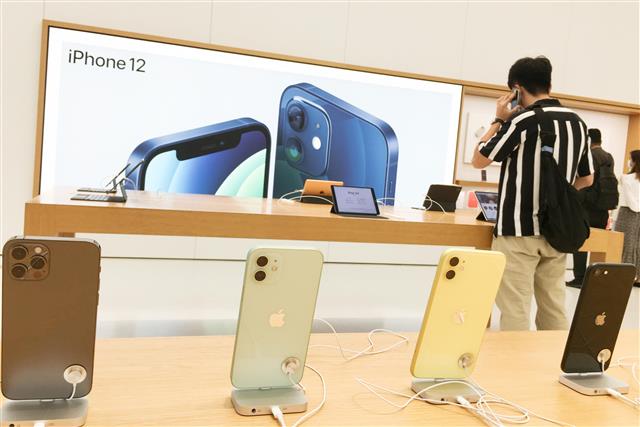 Global smartphone shipments are likely to grow nearly 50% on year to 340 million units in the first quarter of 2021, driven by robust sales of Apple's iPhone 12 Pro and iPhone Pro Max as well as a ramp-up in shipments by Chinese brands to grab the market share relinquished by Huawei, according to Digitimes Research.

Apple's iPhone shipments are expected to total over 60 million units in first-quarter 2021, having seen such shipments reach over 90 million units a quarter earlier, Digitimes Research estimates.

Apple is likely to be the top vendor for a six-month period that ends March 31, 2021, with total shipments of over 150 million units, up 38% from the same period of a year earlier.

Samsung Electronics will rank second and see its shipments decline slightly in the six months, or roughly 60-65 million units each for fourth-quarter 2020 and first-quarter 2021.

Xiaomi will be in third place with its shipments totaling 90 million units in the six months, representing an increase of over 80% from a year earlier.

Huawei will ship less than 20 million smartphones to be in sixth place in the first quarter of 2021.

Huawei, Apple and Samsung were the top-three 5G phone vendors in 2020, accounting for over 70% of global 5G phone shipments.

Digitimes Research also revises upward the annual growth of global smartphone shipments for 2021 to 10-13% for a total of over 1.4 billion units.