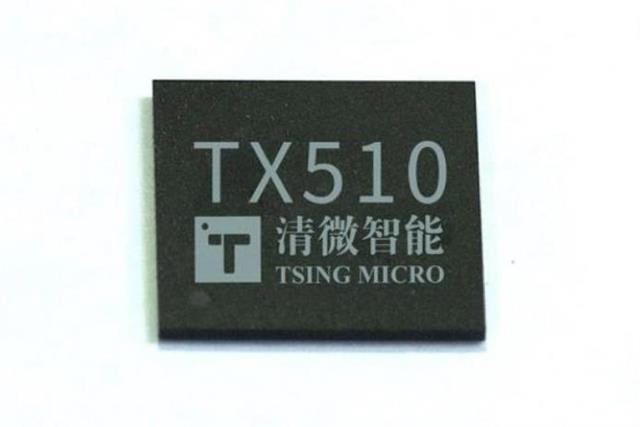 Tsing Micro (www.tsingmicro.com) has implemented an innovative architecture in the TX510 SoC: it includes a 32-bit RISC processor, a reconfigurable neural network engine, a reconfigurable general computing engine, an image signal processor and a 3D sensing engine. For shipping to customers, the TX510 is combined with Winbond's 1Gb LPDDR3 DRAM die in a single 14mm x 14mm TFBGA System-in-Package (SiP).

Achieving computing throughput of up to 1.2 TOPS (tera operations per second), this SiP can perform accurate face recognition (false acceptance ratio of 1 in 10 million) in less than 100ms, and compare features with a library of 100,000 faces in less than 50ms. Peak operating power consumption is just 450mW, and the chip uses just 0.01mW in quiescent mode.

The TX510 is intended for use in applications which require high-speed image detection and recognition, including biometric sensing, video surveillance, smart retail operations, smart home automation and advanced industrial automation.

Wang Bo, CEO of Tsing Micro, said, "Evaluation of the Winbond LPDDR3 DRAM shows that it is highly competitive both in terms of speed and power consumption. But equally important to us when developing the TX510 was the support and expertise that Winbond provided to us in integrating the DRAM die into a SiP in such a way that it maintained high performance and high signal integrity while taking care of thermal management."

"Winbond is fast gaining a reputation for providing excellent support to chip and SoC manufacturers which are developing leading-edge AI products. With Winbond low-power DRAM inside, AI products such as the TX510 can set new benchmarks for high performance and throughput while operating from a limited battery power supply," said Winbond.

Winbond's LPDDR3 DRAM is in mass production. More information can be found at www.winbond.com. 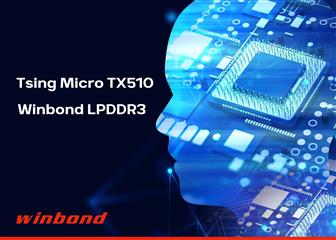 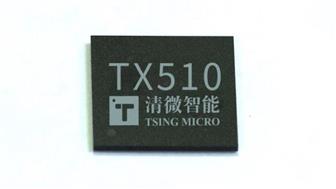