This is the first case of using C-V2X to test autonomous vehicles in Taiwan.

C-V2X, currently based on 4G MEC (multi-access edge computing) architecture, is used to provide the real-time time length of traffic lights for autonomous vehicles to have enough lead time for making driving decisions, Huang said. Image recognition of traffic lights runs the risk of misrecognition due to reflections or weather conditions, and it cannot tell how long a traffic light will last, Huang noted. 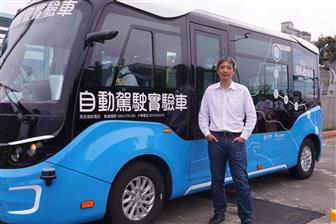 Tags
C-V2X IT + CE Kingwaytek Server, IPC, cloud computing, IoT Software, big data Taiwan testing
Looking for startups?
Startup database
Profiles of startups from Taiwan and around the world: their technologies, product developments, fundraising rounds, etc. All startups are welcome to register their profiles - free of charge.
Register
Accelerators & incubators
Information about accelerators and incubators from Taiwan and around the world that are mentoring startup businesses and teams. All mentors are welcome to register their info - free of charge.
Register
Events calendar
Major events, including those organized by the government, DIGITIMES, and others, featuring startups, innovative technologies and products from Taiwan, Asia and around the world.
Realtime news
Supply chain