The automatic surveillance drone system, via setting flight missions based on management needs in advance, enables drones to automatically take off, patrol, land and be charged with power, Hsin said.

The drones can also collect information for analysis or model building for decision making, Hsin said.

CIRC plans to offer high-precision and high-payload drone solutions for diverse commercial use in the first half of 2020, Hsin noted. 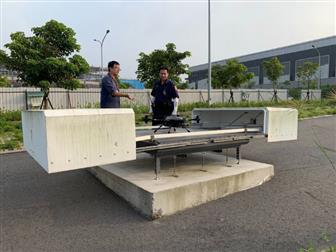 Categories
IT + CE Server, IPC, cloud computing, IoT Software, big data
Tags
CIRC Coretronic drone innovation science park startup startup news surveillance testing
Companies
Coretronic
Looking for startups?
Startup database
Profiles of startups from Taiwan and around the world: their technologies, product developments, fundraising rounds, etc. All startups are welcome to register their profiles - free of charge.
Register
Accelerators & incubators
Information about accelerators and incubators from Taiwan and around the world that are mentoring startup businesses and teams. All mentors are welcome to register their info - free of charge.
Register
Events calendar
Major events, including those organized by the government, DIGITIMES, and others, featuring startups, innovative technologies and products from Taiwan, Asia and around the world.
Realtime news
Supply chain