Amazon Web Services (AWS) has kept enhancing its Greengrass software to extend its cloud capabilities to local devices, and the latest development is that the software can be incorporated into network attached storage (NAS) equipment, allowing NAS to conduct edge computing and AI analysis beyond its storage function to become the core of AI-based terminal devices.

At the AWS Summit Taipei held in late June, the web service giant invited its Taiwan partner QNAP Systems, a NAS specialist, to demonstrate the performance of NAS fitted with Greengrass.

Citing an example to illustrate the point, Cheng said that after the FarmBoT - a device developed by Taiwan's FarmBoT Taiwan User Group (FBTUG) to perform automatic monitoring at farmlands - sends photo images to NAS, the fitted Greengrass software can exercise its image recognition function to locate and eradicate weeds while also monitoring the growth process of plants. 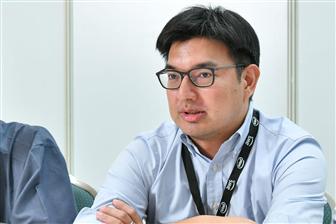