Currently the CTO of Taiwan's Asia Silicon Valley Development Agency (ASVDA), TC Wu had spent 35 years working in the bona fide Silicon Valley's semiconductor industry. He retired from Atmel, a semiconductor design and manufacturing company he had founded, after it was acquired by Microchip in 2016. But then he showed his commitment to assisting Taiwan's entrepreneurship and innovation development by joining the non-profit Silicon Valley Taiwan (SVT) Angels organization while still in Silicon Valley. He later returned to Taiwan and accepted the job at ASVDA.

Wu believes startups need to deeply understand its core targets and try to create their own unique values in the form of world-class products in order to be successful.

Values from the trade-off the key determination for angel investors

After leaving Atmel, where he had worked for 31 years, Wu actively participated in SVT Angels' activities, getting involed in many investment and mentoring cases. Wu said his evaluations of the projects looked at the traits of these startups' founders and teams, the newly founded companies' potentials in the market, and their niche advantages in the competition.

Wu had gained rich experience during his career in Silicon Valley with the company he founded having gone public, acquired other firms and eventually acquired by Microchip. He hopes to pass down his experience to Taiwan's startups to help them grow.

Thanks to his long work as an angel investor, Wu is confident about his capability of being able to quickly identify the nature of a startup's products or services. Most entrepreneurship cases - except for those whose products have never been seen before - belong to the "trade-off" type, which is more of an improvement than an innovation, according to Wu. Simply put, the product developers have sacrificed a certain part of the old things in the products in exchange for some other benefits or efficiency. And he has to determine whether the trade-offs are of any value.

An entrepreneurship team's quality is another key evaluation factor for Wu, who disclosed that he has seen many Taiwan-based startups lacking real passion for entrepreneurship. Some of them only wanted to apply for government subsidies and some organized a team purely for participation in an innovation competition. Such teams usually do not have any idea about the difficulties they may face running entrepreneurship.

An ideal startup should have clear ideas of what products it wants to do and what issues its products can address, so as to make sure its business direction is in line with the worldwide trends. With the goal decided, it needs to determine how to materialize the products, what kind of team to organize and how to gradually integrate the resources for market expansion - these combine to form clear strategic guidelines for the team to follow, Wu explained.

Unfortunately, many Taiwan's entrepreneurship teams lack such a comprehensive understanding of their work, said Wu. Some Taiwan researchers design their chips as if building a car with all basic components such as tires, a body, and a driving wheel. But the chips still lack market potential, because if the chips are only equipped with the basic components and do not have any innovative or special features, they lack an obvious trade-off value.

If a chip features a special power-saving design that consumes 1.5W or less for a doing a job that other similar-grade competitions need at least 5W to do, then the chip can be called a world-class product, possessing a niche in the market.

For new product R&D, startups in fact have a much higher chance of success than large enterprises, noted Wu. The key difference lies in their employees. Although startups are much smaller in scale compared to large enterprises, they would put everything they have into the development of new products, with their best teams giving all-out efforts, working 24-7.

On the other hand, large enterprises often invest the majority of their resources in to core businesses and only assign minor teams to develop new projects, which means innovation has far less chance of happening at large enterprises, giving startups and small-to-medium enterprises an advantage.

That does not mean startups do not have similar problems that need to be solved. If their products encounter problems, the startups usually need to shift some of their best personnel from the "A" or "A+" teams to handle customer services, which would distract their concentration from R&D. Entrepreneurship must always be prepared to handle such a crisis immediately, Wu said.

Wu was motivated to join ASVDA by his desire to help startups find angel investors and and improve their efficiency. ASVDA is able to quickly arrange suitable angel investors to connect with specific entrepreneurship cases for them to provide assistance and investments, Wu added.

Compared to Silicon Valley's startups, which may burn up to US$1-2 million for their initial operation, those in Taiwan require far less in funding, and a NT$10 million (US$326,800) investment is able to support their operation for two years, while their demand for profit sharing is also significantly lower. However, funding is not the only factor influencing the development of a startup, and the key to success still depends on whether the startup is able to find the right target, talent and direction.

Wu also noted that the Taiwan government has allocated many resources looking to assist Taiwan startups' operation. But Wu believes using government resources has its drawback. Although government funding is able to quickly ease a startup's financial shortage, the need to work out a proposal to secure government support means the startup needs to shift some of its attention to non-operating matters, which may obstruct the startup from pushing forward fully.

To have a niche in the market, the startups must have R&D faster than others, products with strong values in terms of trade-off, and the capability of doing what others so far have not yet been able to. 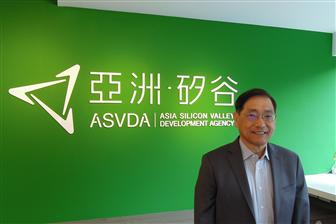