Thanks to his 20 years of work in Silicon Valley, Gary Wang, a professor of the Creativity & Entrepreneurship Program at National Taiwan University (NTU), co-founder and chairman of Pergolas Medical Technology and ex-senior executive at 3Com (the creator company of Ethernet that was acquired later by Hewlett-Packard (HP) in 2010) has a rich experience as an entrepreneur and investor.

During his career at 3Com, he started a total of three internal entrepreneurships including H3C Technologies, a joint venture between 3Com and Huawei. In addition to network communication technologies, he also has a PhD in biotechnology. He has been observing Taiwan's entrepreneurial market for many years and is currently giving lectures to Taiwan's students at NTU about innovation development and entrepreneurship.

"The main problem that Taiwan is currently facing is that there are not many good projects that can help enhance Taiwan's competitive edge. If the situation continues, Taiwan's worldwide competitiveness will only be weakened," pointed out Wang, noting this has been the biggest concern for him regarding the future of Taiwan's innovation development.

He noted that there are three factors behind the difficulties of Taiwan's current entrepreneurial market.

First of all, Taiwan's innovation development has not had any major progress for nearly 20 years since 1998. Wang said that 20 years ago, the top-3 enterprises worldwide were Intel, Cisco and Hewlett-Packard (HP) - all hardware manufacturers. But these top-tier companies' revenues today are not much higher than those recorded 20 years ago. Similarly, Taiwan's hardware manufacturers have been doing their best to enhance their production technologies in the past few years, but are also seeing limited revenue growth as the hardware industry has already hit maturity.

On the contrary, the software industry has been breaking its record in terms of revenues, and companies including Airbnb, Uber and Dropbox have been included by CNBC in its list of Worldwide Top-50 Disrupter.

Since 1998, Taiwan's mainstream industry has always been hardware OEM/ODM services and because of their major success in the business, these first-tier manufacturing service providers have not been aggressive about business transformation. Although some Taiwan-based panel or IT manufacturers have begun crossing into the manufacturing and sales of medical care equipment and products such as contact lens, such a move is merely eyeing the product lines' high margins instead of an investment in innovation development.

Second, Taiwan is seriously behind in the development of the latest technologies. "No matter what industry Taiwan wants to push into, without big data's support, there is no game for Taiwan," Wang said.

A foreign medical care product provider had already collected data as much as 10 bytes to the18th power times 160 by 2013 and in 2011 worldwide web dataflow was only 500 times 10 bytes to the 18th power, showing how international first-tier companies have been aggressively preparing for innovation development.

At the same time, Taiwan's development of the latest technologies also lag far behind that of the companies in Silicon Valley.

There have been many new areas of development that companies in Silicon Valley have been investing in. Artificial intelligence (AI) has been one of the key technologies that Taiwan IT companies have been planning to cross into; however, not many of them are aware of the bias-free AI development.

AI is basically trained through human behavior, and data that trainers feed the system with could potentially contain some bias from the content providers, which may relatively give out unjustified results. Creating a bias-free AI system has been a key development direction for several Silicon Valley AI developers.

The combination of Internet of Things (IoT) device with the blockchain technology is a project that a Silicon Valley-based company has been developing currently. The company is looking to come up with an IoT device featuring only the size of a grain of salt and its integrated blockchain technology will be able to provide services to the users of the device that weighs much less.

For biotechnology, companies in the US are also not lagging behind. 23andMe, a startup that focuses on DNA technologies, is developing a new solution called Crispr-Cas9, which is able to eliminate or correct the DNA of living organisms. If a user is found to have a DNA that could potentially cause cancer, the technology is able fix the DNA to prevent the disease from happening.

Companies such as IBM and Google are gearing up development of quantum bit (qubit) technology for quantum computing-related applications. Once they resolve the technology's high error rates, quantum computing will be able to process tasks that traditional computers were not able to accomplish. For startups in Silicon Valley, researching programming languages of quantum computing is a major trend.

For the millennials, which are currently the key working forces of Taiwan, the figures showed how they lack confidence in running entrepreneurships.

Another issue Taiwan is facing now is the succession problem of Taiwan's small-to-medium enterprises (SMEs), Wang pointed out. SMEs currently account for 97% of Taiwan's overall number of enterprises and most of those thta have operated for over 10 years are already earning profits stably. Of the SMEs, about 30% of the operators are baby boomers that are almost at their retirement age, but only less than 15% of them are able to find a successor to pass down their duties smoothly.

This problem will worsen in the next 15 years and this may dramatically influence Taiwan's economy. As to the solution to the problem, in addition to traditional entrepreneurship, Wang suggests that Taiwan's younger generation should enter enterprises to work for a few years and then start an internal entrepreneurship, as adding new ideas to existing businesses is also a method of innovation development.

Wang also believes Taiwan's National Health Insurance is a killer of Taiwan's innovation development. Because of its convenience, around 90% of the insurance's expenses are used on acute care, such as surgeries and outpatient services, and only a limited amount of the resources are invested in preventive or follow-up care.

Such a division of resources has greatly limited the development of Taiwan's related medical care equipment industries as most users would not consider purchasing the equipment without subsidies from the insurance.

Wang noted that when Taiwan's younger generation is planning to start an entrepreneurship, it is not necessary to target a business opportunity that can cover worldwide markets to begin with. The aging population has grown to become a problem for Taiwan, but it is also an opportunity. Resolving the many issues facing the aging population actually is a billion dollar business. An ability to satisfy demand from the retired baby boom generation means controlling the market formed by one of the largest consumer groups. 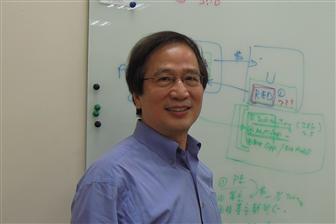