In 2010, the China Ministry of Industry and Information Technology (MIIT) officially selected Wuxi National Hi-Tech Industry Development Zone as a national electronic information industry (sensor network) demonstration base, setting off a global IoT trend that has extended into 2018. Although explosive growth has yet to happen, applications continue to roll out and high-tech developments continue to advance, especially communication technologies.

Aside from existing WLAN and Bluetooth, additional networking standards designed for IoT applications have been burgeoning over recent years. According to Eric Yu, Assistant Vice President, signal integrity business unit, Integrated Service Technology (iST), IoT applications are diverse and so are their use scenarios, so they impose wide-ranging requirements on communication technologies. This is also the biggest challenge to be addressed during the development phase of IoT products.

Communication technologies for IoT applications can be categorized based on the distance over which signals are transmitted into near-field, short-range and long-range. Near-field communication protocols such as NFC and EMVCo enable two devices to communicate with each other within a 10cm distance. Short-range protocols allow communication over a distance between 10cm and 5km and include WPAN (Bluetooth and Zigbee) and WLAN (IEEE 802.11a/b/g/n/ac) respectively for closer and farther ranges. Long-range protocols are for communication across a more than 5km distance over networks include free LPWAN (LoRa) and license-based cellular networks (LTE, 3GPP, GSM, WCDMA, etc). These are main standards currently used by IoT applications. Communication is essential to IoT system operation and stability is a crucial consideration in product design. Although there are no mandated IoT testing standards regarding to performance at present, experienced laboratory test procedures can help manufacturers ensure their product quality. Furthermore, professional labs with extensive experiences can also help discover blind spots that may have been overlooked during the design phase and solve problems that occur when a product is put to use under special circumstances, said Yu.

Among the four types of tests, certification tests are usually mandatory while basic tests on safety, regularity and energy consumption are required by national or regional regulations and reliability tests are conducted on manufacturer's own initiative. Although not all of these tests are obligatory, manufacturers regard them as necessary and make it a habit to send products to tests in view of market demand on product quality. In comparison to certification tests and basic tests, performance tests and special function tests are not mandatory and are generally self-initiated by manufacturers. However, due to IoT's special characteristics, Yu thinks the two will play an influential role to IoT product design and market competition.

IoT products make use of not one but multiple technologies. Yu draws on smart home devices for example. Smart lighting in a future home will likely use Zigbee or Bluetooth and smart meters will likely use NB-IoT to send signals to a relay device such as a hub or gateway which then forwards the signals via WLAN networks. The market has begun to see such a mixed use of multiple communication technologies. However, certifications of wireless communication standards are still implemented on a one-by-one basis. Only Cellular Telephone Industries Association (CTIA) subsidiary Converged Wireless Group (CWG) has proposed specifications on device performance when operating concurrently with cell phone signal and Wi-Fi signal. Other countries or regions have yet to engage in such practices.

Yu thinks when multiple communication standards are engaged by IoT systems, testing will be more important than when a single standard is used. Take smart lighting again for example. The lighting market is dominated by a few leaders such as Philips and Samsung. They not only have their own products but also their own standards. They have also incorporated communication mechanisms in their product design. But the market still lacks established standards that support interoperability among communication technologies developed by different manufacturers.

Furthermore, there is the problem of desense. Wireless communication uses a very concentrated range of frequencies, mostly on 2.4GHz and 5GHz now. Communication technologies operating within the same range of frequencies can use different demodulation techniques so that the receiving end can make accurate detection of the signals but interference is still unavoidable, particularly in the 2.4GHz band, which already has Bluetooth and WiFi. Furthermore USB 3.0 operates on 5GHz data rate could also have strong interference to 2.4GHz signals. There have been reports of such interferences occurring in TV, for example.

Test items for TV used to typically focus on the quality of HDMI, video performance, and tuner. However, as the media industry began to undergo some changes in 2016, people getting use to watch video signals stream over Ethernet rather than over cable networks. The way it works is that signals coming to the home via external Ethernet are then sent to TV using Wi-Fi through an Access Point (AP). As such, Wi-Fi has become the fourth main test item for TV. For a home theater systems with standalone speakers, signal transmission between the TV and speakers is via Bluetooth connection. Accordingly, the TV sends video signals via both Wi-Fi and Bluetooth in the same 2.4GHz range, which makes it susceptible to interference. The situation is bad enough for TV. Just think how much worse it will be when a future home is deployed with a complete IoT system and all devices are operating simultaneously.

Customized testing is the solution to such a problem, proposed Yu. To test smart home devices, a common current practice is to set up a mockup home environment such as a living room, bathroom, kitchen or bedroom and then install IoT devices there to check how well the devices operate together and gain an understanding on their communication and operation status in the environment. This only checks one particular indoor setting but not able to cover different types of indoor environment which cannot be considered as a quick and effective initial test. In real-world application, IoT systems have to cope with different home settings and decorations and their functions may also vary based on home owner needs. As such, the test practice using a mockup home environment to check interoperability and performance provides little help to manufacturers.

For now, emulator testing will be a cost-effective approach, said Yu. A software-based emulator environment is built wherein throughput capacity, roaming and desense tests are conducted. However, this must be backed by robust technologies. Take iST for example. Its chose the emulator base on correct theory and trustworthy. It is no easy to build a test environment using a emulator. With respect to throughput capacity testing, the tester has to know the signal strength and the influence of home decoration materials and arrangements on signals. iST's emulator developed with theory and field trial results taken into consideration produces a model of a real environment. First, a far field test environment is defined according to CTIA' test specifications and then correct parameters are input to the emulator to create a channel model of the indoor environment.

Communication issues of IoT devices can be resolved in no time using the emulator. For example, iST helped a TV manufacturer work out a product glitch, said Yu. The TV manufacturer's products sold to the U.S. were returned by residents of an entire community because of poor Wi-Fi signal quality so the manufacturer came to iST for assistance. As the problem occurred in the U.S., it would be inefficient to dispatch engineers to conduct on-site tests. iST therefore chose to use the emulator to create a model of the scenario where the TV was put to use. It was able to discover that the root cause affecting Wi-Fi sensitivity field pattern. Knowing the root cause, the manufacturer then came up with a solution and used the emulator to test the feasibility of the solution, thereby solving the issue.

Yu comments that connectivity is the biggest challenge for IoT system operation. On a system level, performance tests not only can help boost system performance from 80% to 90% but of more critical importance, they can help a system jump from 0% to 80%. After all, only when signals can be transmitted without error and glitch will system deployment be meaningful. Yu also reiterates with IoT developments picking up speed over recent years, different types of applications will begin to emerge. Mixed use of multiple technologies will be the only way to go. Testing is an essential step in guaranteeing system reliability, and customized testing tailored to fit different use scenarios will also be instrumental to product R&D in the future. The use of emulator to create modeled test environments will help manufacturers quickly get to the root of the problem and establish a strong foothold in the IoT market. 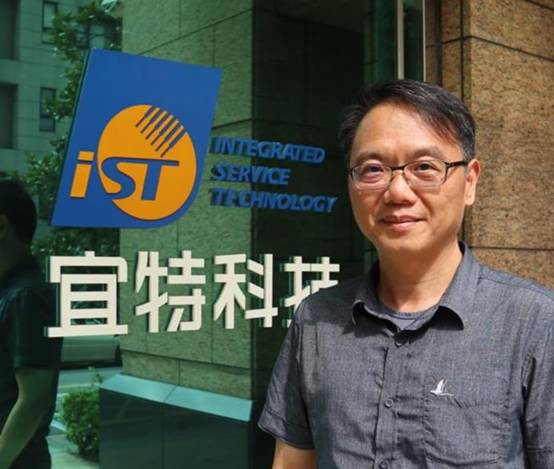