VIA Technologies has announced that China-based PC OEM Tsinghua TongFang has adopted VIA's C7-M CPU and VX700 chipset to power its S1 imini netbook series. The S1 imini has a maximum power consumption of 15W, with a distinctive, lightweight design, highlighted VIA.

Powered by the 1.6GHz VIA C7-M processor combined with the VIA VX700 chipset, and sporting a 10.2-inch screen, the S1 imini provides all the functionality of a standard notebook plus an array of special features, such as a business card manager, portable hard drive with battery pack, and digital photo frame or DVD playback functionality outside of the Vista environment, said VIA. Add wireless connectivity and optional GPS navigation, and the S1 imini looks set to bring the allure of truly mobile computing to the China market, according to VIA.

The S1 imini will be available in white, blue, pink, gold or black from PC stores in all major cities across China.

Source: Company and VIA, compiled by Digitimes, September 2008 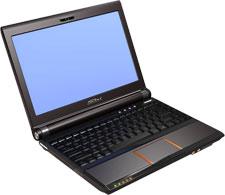