Computex 2008: Second-tier notebook makers not missing from the show

Although first-tier notebook makers have taken most of the the spotlight, second-tier makers including Mitac Technology, First International Computer (FIC), Clevo and several China-based makers have been promoting their own product lineups at Computex 2008.

Mitac Technology showcased several own-brand rugged notebooks, handheld and tablet PCs. Its Getac B300 rugged notebook features an over 1200 nits display to enable users to read even in sunlight and also has a battery life up to 12 hours. The company also had on display the Getac PS535E, a completely rugged PDA.

In addition to rugged notebooks, the company also showcased an 18.4-inch Blu-ray notebook for the ODM market. The notebook is based on the Centrino 2 (Montevina) platform and will be able to support Full HD quality movies with its GeForce 9600M GS graphics card.

Currently, Mitac is focusing on its own-brand Getac rugged products and will continue to maintain its ODM business, noted a company representative. The company currently does not have any low-cost notebook (netbook) products.

Although FIC has its Everex brand business, a company representative noted shipments for own-brand products are not a lot and the company will continue to focus on its ODM business.

Clevo also showcased a netbook, the TN70M. Although the screen size is only 7-inch, it features similar rotate and touch screen functions as Gigabyte Technology's M912X. Clevo, like the other second-tier notebook makers, also showcased a Blu-ray notebook, but this model included only a 17-inch panel and GeForce 8800M GTX graphics.

Clevo noted that mass production of its TN70M will start at the beginning of August. 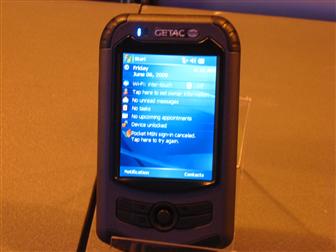 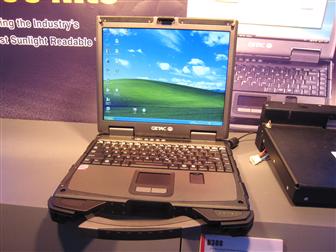 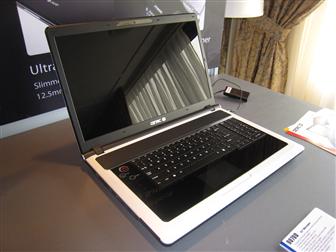 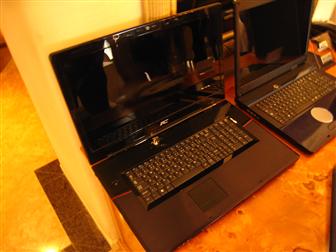 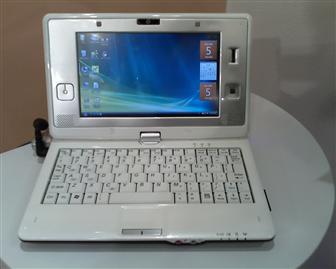 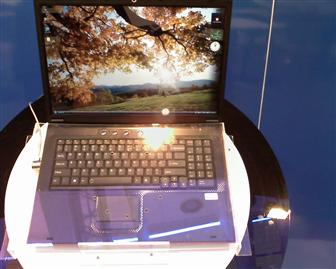