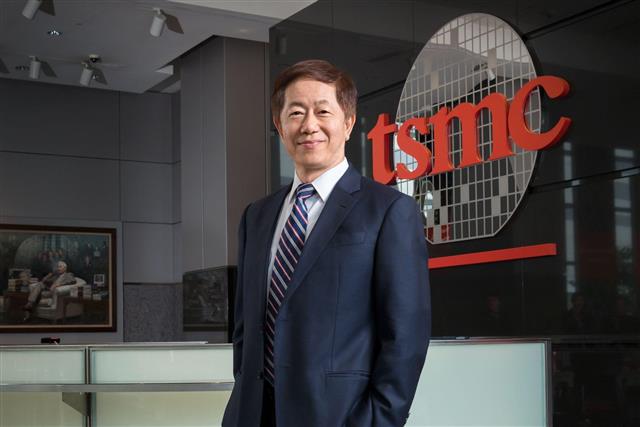 TSMC is unwavering in its goal of reaching 30% revenue growth by US dollars in 2022, as demand for automotive and high-performance computing (HPC) chips remains high, according to company chairman Mark Liu.

Liu made the remarks during a meeting with shareholders in Hsinchu on June 8.

Global inflation is abating without directly impacting the semiconductor industry, though more observation is needed as to whether there is more fallout in the long run, Liu said.

While inflationary pressure has prevented some clients from clarifying their demand in 2023, changes in economic cycles usually last for only a few quarters, Liu said. TSMC's expansion blueprint is predicated on long-term opportunities, and the company maintains communications with clients regarding demand in 2023 and beyond, he said.

Liu acknowledged that demand for smartphones, PC and other consumer electronics is waning, but he pointed to the robust demand for automotive and HPC applications. As demand for these applications is higher than supply, TSMC is taking the opportunity to adjust its product portfolio, Liu said.

Overall, TSMC's production slots throughout 2022 are already fully booked, and it is confident about its operations in following quarters, he said.

Regarding media reports that TSMC is planning a 5-9% price hike starting 2023, TSMC CEO CC Wei said TSMC maintains good communications with clients regarding its pricing strategies. The company offers valuable products, so it is rewarded with positive returns, he said.

For the entire semiconductor industry, the next decade provides good opportunities, Liu said.

The industry's digital transformation, having kicked off before COVID-19 broke out, is accelerating and pushing up demand for more chips, especially in the auto and consumer sectors. For example, the number of semiconductors needed in a new car is 10 times more than in an old car, which will keep growing exponentially. For TSMC, the most important thing is to maintain its technological leadership, Liu said.

Regarding US president Joe Biden's recent visits to Japan and South Korea along with new semiconductor cooperation plans, Liu said their ties are not aimed to outstrip TSMC but to consolidate Washington's interests in the semiconductor industry.

The US and Taiwan maintain extensive collaborations, while TSMC has many clients in the US, so the company does not view the US' closer ties with Japan and Korea as a "threat," Liu said.

Taiwan is very stable for semiconductor production, Liu said. TSMC founder Morris Chang previously stated that the US' attempt to increase onshore semiconductor manufacturing is but "a wasteful and expensive exercise in futility."

Liu dismissed some rumors that TSMC's construction projects of new fabs in the US and Japan are burdened with schedule delays and surging costs, saying many reports and rumors are false.

New fab construction and talent recruitment are proceeding according to the company's plans, and TSMC sticks to its goal of achieving long-term margin at 53%, Liu said.