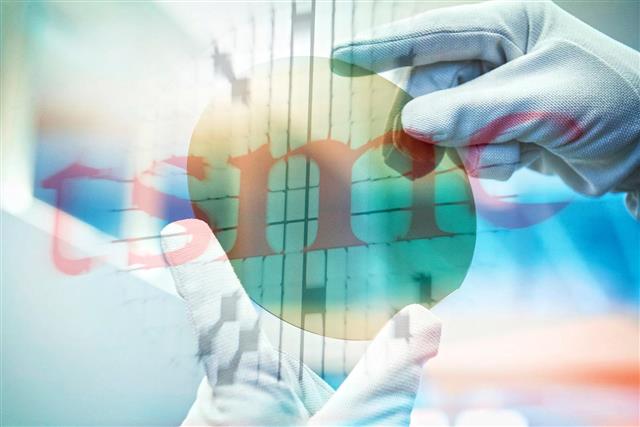 TSMC remains upbeat about its operations in 2022 and the coming decade, while its 3nm process is set to enter volume production later this year, according to company chairman Mark Liu.

During a meeting with shareholders in Hsinchu on June 8, Liu clarified the company's production roadmap and outlook about the semiconductor industry while fielding questions related to market uncertainties.

TSMC has recorded new revenue highs for 12 consecutive years, with its 2021 revenue swelling 24.9% from its 2020 level, Liu said, reiterating its goal of achieving 30% revenue growth in 2022.

The company is entering a period of high structural growth, with surging demand for 5G and high-performance computing (HPC) applications spurring needs for more advanced chips, he said.

Its 3nm process (N3) will enter volume production in the second half of 2022, followed by enhanced 3nm node (N3E) one year after N3 mass production. N4P and N4X are enhanced versions of N5 technology. They will provide 11% and 15% performance boost over N5, respectively. N4P was introduced in October 2021, Wei said.

The first products based on N4P technology are expected to tape out by the second half of 2022. N4X, introduced in December 2021, will be the first of TSMC's HPC-focused brand, with its risk production scheduled in the first half of 2023. Its N2 process development is on track, Wei said. The TSMC chairman acknowledged that demand for smartphones, PC and other consumer electronics is waning, but he pointed to the robust demand for automotive and HPC applications, saying TSMC is taking the opportunity to adjust its product portfolio.

TSMC remains upbeat about its operations through 2022 and the next decade, Liu said. For the semiconductor industry, the next 10 years provide good opportunities, thanks to accelerating digital transformation that drives up demand for chips in automotive and mobile applications, he said.

No worries about CHIPS Act

The US Congress has yet to approve the CHIPS (Creating Helpful Incentives to Produce Semiconductors) for America Act, which will provide income tax credit for chip equipment or manufacturing facility investment through 2026.

Liu dismissed rumors that TSMC's construction projects of new fabs in the US and Japan are burdened with schedule delays and surging costs, saying many reports and rumors are false.

The costs are indeed higher than estimated, but they are not unmanageable, he said, adding that new fab construction and talent recruitment are proceeding according to its plans.

When asked if TSMC has any plan to build next overseas fab in Europe, Singapore or elsewhere, Liu said the company is evaluting all possible locations. Customers' needs is the company's main concern when evaluating whether to build an overseas fab, which is why it is building plants in the US and Japan. In Europe, the company has fewer clients, but its evaluation is still under way without a concrete plan, he said.

With regard to US-Japan cooperation in 2nm technology, Liu said he has no particular worries because TSMC is also developing its 2nm process.

Chipmaking is not something that rivals can catch up by imitation, Liu reiterated.

Even if other companies or countries devote considerable money and talent to the area, TSMC will not stand still and stop making progress. It has accumulated decades-long R&D results. But of course, it will not take rivals lightly, he said.

As for electricity supply in Taiwan, Liu said the company has sustained decade-long cooperative programs with the Ministry of Economic Affairs (MOEA) and Taiwan Power (Taipower). Taiwan's government is also working to improve the resilience of utility grids. TSMC has readied diesel-powered generators at each complex, and it will increase gas-fired generators as backups, he said.

Why can TSMC be so confident when the market is teeming with variables? Sources in the semiconductor industry remarked that the chipmaker has the edge of advanced manufacturing technology, so its rivals cannot catch up in the course of a few years.

Many chip designers who need sub-7nm process, such as Apple, AMD, and Nvidia, place orders almost only to TSMC. Even its rival Intel has to strive for its 5/3nm production support, the sources said.

Qualcomm, Tesla, and Google were said to have sought Samsung's support in 5/4nm process. Qualcomm's move may be motivated by its attempts for risk dispersion, cost reduction, and seeking mutual benefits. Due to Samsung's unsatisfying yield rate, Qualcomm has reportedly enhanced its reliance on TSMC, the sources said.

Higher quotes and scarce production slots were reportedly the reasons why Google and Tesla, which are developing 2nd-generaiton SoC and automotive chips respectively, did not embrace TSMC.

However, if Samsung could not satisfy their needs, they are likely to return to the TSMC later, the sources said.