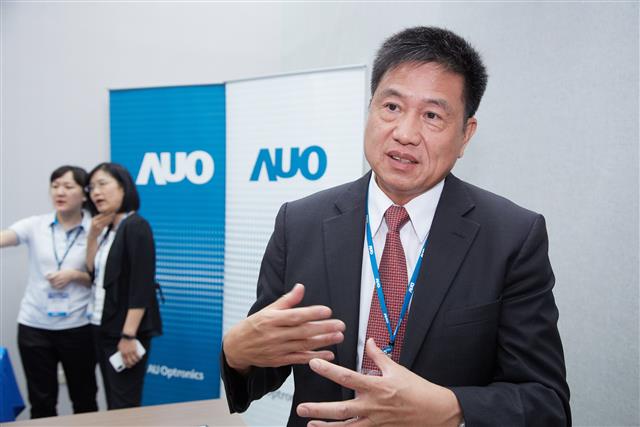 BenQ Group companies, including panel maker AU Optronics (AUO), BenQ Materials and Qisda, are all stepping up their deployments in the electric vehicle field.

Demands for displays and panels in vehicles, in terms of resolution and power consumption, differ from those for consumer electronics, according to AUO chairman Paul Peng. AUO is devoting resources to making car-use applications while expecting autonomous driving technology to generate demand for large-size display.

AUO will enhance its free form technology and lamination to add more value to car-use panels. Long been a partner with large car OEMs, AUO has many ongoing new projects on hand targeted car applications.

Peng said LTPS (low-temperature polycrystalline silicon) displays are utilized in many ways in EVs. New projects for car-use LTPS displays have been increasing since 2020, and they are expected to enter mass production in a couple of years. Its adaptive miniLED (AmLED) can also be used in various forms in the EV segment alongside its adaptive control technology, in-cell touch, and super narrow bezel design.

A central dashboard using such AmLED can enhance the visibility of safety data for drivers, increase the entertainment value for passengers, and create a smarter experience of mobility, it said.

Qisda formed a car-use development team 20 years ago, said Qisda chairman Peter Chen. The proportion of car-use applications has risen to around 50% in recent years. With many manufacturers under its wings, Qisda has high hopes for the EV market in the next 5-10 years. For example, DFI Inc produces high-end motherboards that can be used in cars; Ace Pillar distributes ABB chargers for EV. In 2020, Qisda acquired shares of Simula Technology for Simula's auto components deployment. Many of Qisda's affiliates have joined Foxconn's EV consortium MIH.

In just a few years, Darfon merged a vertical supply chain of electric bikes into its business portfolio, including frame maker Astro, bike assembler Kenstone, battery maker TD Hitech Energy, and Darad Innovation to promote e-bike brand BESV. Darfon's green energy business evolves around its e-bike BESV, which is projected to provide the momentum for revenue growth of at least 50%. BESV is expected to account for 40% of total revenue as well.