In Armenia, Aleksandr Yesayan, co-founder and business development director of telecom operator Ucom, is an iconic entrepreneur, as he founded the company in 1998 at the age of only 16. The company is now a business with 1,800 employees and annual revenues of US$80 million, and Yesayan is a role model for young Armenians establishing startups.

Yesayan told Digitimes in a recent interview that more than 10 million Armenians live abroad, and they need to be in touch with their families in the country. But back in 1998, he added, it was a heavy financial burden for low-income Armenians to place a phone call to the US at a rate of US$3 per minute.

After reaching the US in 1998, he and his elder brother Hayk learned that the telecommunication cost could be sharply reduced through Internet calls. This inspired them to offer Internet call services at fixed places in Armenia, allowing people with memberships to make overseas calls at US$1 per minute. Then, Yesayan set up many Internet cafes to allow more people to enjoy low-cost Internet call services.

Soon after Armenia liberalized its telecom market in 2006, Ucom acquired the debt-ridden Orange Armenia, transforming its traditional analog wired telecom service firm into a digital one. Now, Ucom has become Armenia's No.1 fixed-network and No.2 mobile communication services provider.

Armenia's smartphone market scale is estimated at 400,000 units per year, with Samsung commanding a share of up to 45% despite strong competition from China's vendors, such as Huawei. The domestic smartphone market in Armenia alone can hardly be enough incentives for investors to set up smartphone production lines there, but Armenia is a crucial gateway to the East Europe and Middle East markets, particularly Iran, which is touted by Yesayan as an "untouched market." Armenia has recently signed a free trade agreement with Iran, and over 40% of Iran's external web traffic volumes are contributed by Ucom.

Yesayan believes that future opportunities for people living in landlocked Armenia, which is 96% covered by mountains, will surely hinge on education and that only through education can quality Armenia engineers be employed worldwide. In fulfilling its corporate social responsibility, Ucom has set up digital learning centers in remote rural areas, offering basic courses on 3D design and robotics for children when aged 10, and the company is expected to establish over 600 digital education footholds in Armenia by 2019.

Having visited Taiwan for many times, Yesayan expressed the hope that his company can have more opportunities for cooperating with Taiwan businesses in 3D design and telecom services.

He said Ucom has established a complete Internet protocol television (IPTV) service system exclusively for the millions of Armenia around the world. He also stressed that now 40% of VMware's R&D engineers come from Armenia, Synopsys has over 800 Armenian engineers, and Mentor Graphic also has a major R&D base in the country.

Yesayan disclosed that the 2019 WCIT Armenia will bear the theme of "Other Nature, Other People, Other Time" to convey his country's hope of playing a distinct role in the global science and tech service field, and the event will highlight Armenia's prowess in the fields of decentralization, 3D printing, smart architecture, and IC design.

Apart from WITSA member states, Armenia will also invite countries maintaining close ties with Armenia, including Russia and Israel, to participate in the the event. Former US president Barack Obama and global business leaders including Dell founder Michael Dell and Siemens' president will also be among VIPs at the 2019 WCIT Armenia, Yesayan disclosed.

He stressed that Armenia is a small country with a global vision and is eager to learn from Taiwan's tech industry experiences while also seeking to enhance mutual cooperation. 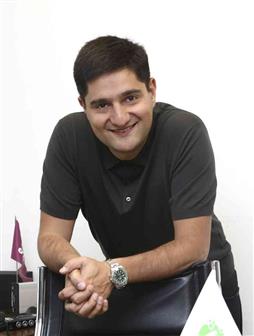