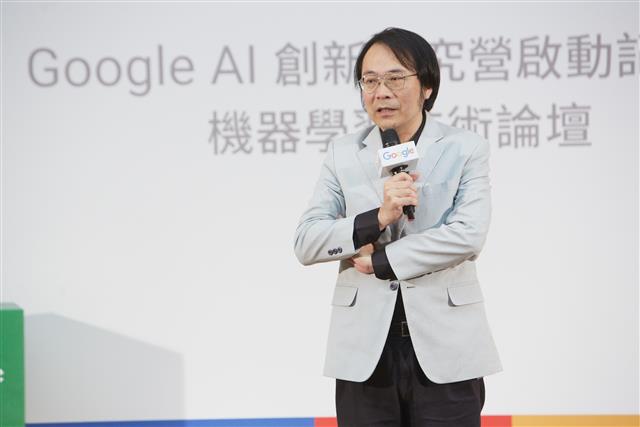 Former managing director of Google Taiwan Lee-Feng Chien described 2022 as a year when AI development took a great leap forward. Having counseled many startups, Chien also observed that IC design talents with project management experience are the most suitable to be entrepreneurs. However, they must be willing to leave their comfort zone.

In an interview with DIGITIMES on December 28, Chien pointed out that the AI advancements in 2022 were mostly on language models. For instance, OpenAI's ChatGPT caused widespread discussion. Previous breakthroughs in the field were when Google launched the language model BERT in 2018, and when Google's DeepMind team launched AlphaGo, the Go-playing AI program.

He further explained that AI technology can be largely divided into two sectors: computer vision and language model. People already knew that computers have strong memorization and computing power. When computers started to recognize items, people began to be scared. When computers started to hold conversations in a natural manner, people freaked out. It is why advancements in language models are especially notable.

He believes that right now, ChatGPT acts more like a "firepower display" for OpenAI, to showcase that AI expression is more and more "human-like." Even though it hasn't become a product yet, it's already a threat to major tech companies. The expectation is that major companies will be devoting resources to developing related technologies.

Many people are comparing ChatGPT to Google's search engine. Chien stated that the conversations generated by ChatGPT are not real-time and lack order. Nor does ChatGPT provide the source of information. Such traits make it unsuitable as a search engine.

Chien pointed out that Turing Test used to be the standard way of benchmarking machine intelligence against human intelligence. Namely, if one cannot perceive that he or she is interacting with artificial intelligence, the AI product would be considered successfully designed. Nowadays, however, AI has to "do the right things" to be considered as intelligent. Stanford University, for example, already has teams working on a new standard of measuring AI, Chien noted.

Furthermore, as the former Google Taiwan director observes, AI models require a large amount of computing resources. Therefore, as AI and cloud computing technology continue to progress, server and hardware manufacturers in Taiwan will continue to reap the benefits. It also creates a space for startups to thrive.

While Taiwan's foundry capability lead the world, it is nevertheless a capital-intensive industry, which makes incubating startups difficult. Foundries have lots of clients, but they might not know what their clients' products are during early development phases. In contrast, IC design is directly concerned with applications, which gives them a better understanding of the market.

"Two out of three entrepreneurs coming from the IC design sector will succeed, but they need to be able to leave their comfort zone," said Chien. He also observed that software startups have a tough time succeeding, as software is borderless and you need to be the best in the market, unlike hardware suppliers that can produce products in different price ranges.

Chien emphasized that Taiwan has cultivated a lot of software engineers who are really good at solving specific problems. However, they are weaker in terms of system integration, product releases, and marketing. He suggested that entrepreneurs should "stand on the shoulder of giants," integrating existing resources to develop innovative applications, while also finding the right usage scenario.