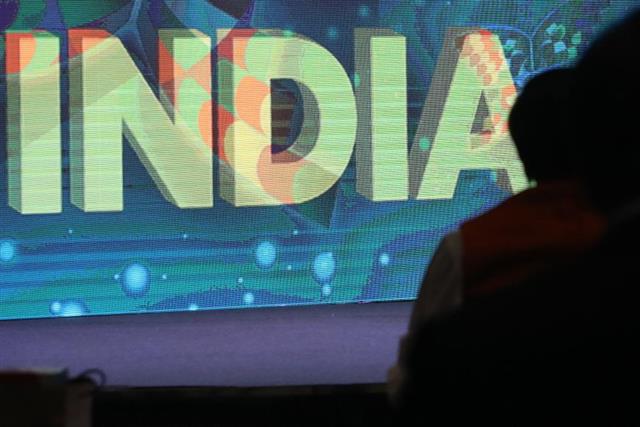 The global economy is expected to go through a challenging period in 2023 as geopolitical tensions push inflation to the highest level in decades. Many economists expect a recession or a season of extremely slow growth to set in. This has ramifications in various industries, but one that has a significant global impact is the semiconductor industry. Gartner expects semiconductor revenue to fall 3.6 percent in 2023 as rapid deterioration in the global economy and weakening consumer demand will negatively impact the market.

But this will not impact India's semiconductor manufacturing plans, according to Sanjeev Keskar, CEO of Arvind Consultancy, a firm that closely follows developments in the sector.

"If you look at the slowdown now, it is primarily a concern for technology companies like Amazon, Meta, and Twitter, who have already begun layoffs and cost-cutting measures," Keskar said. "If you look at the semiconductor industry, I think no one has shared their investment plans. The growth of electronics is going to continue. In India, demand will be robust, and manufacturing growth will continue. And if manufacturing continues, then electronic component demand must continue. If the semiconductor market is going to be worth $1 trillion, then the electronic market will be worth over $4 trillion globally. So, I don't think this recession will impact electronics or semiconductor sectors."

The world has been watching India's semiconductor manufacturing initiatives with keen interest, especially as chip demand increased after COVID-19. As the fastest-growing major economy in the world, according to IMF, any manufacturing-related development in India is of interest to the international business community.

How far has India come?

"This is a very significant change if you ask me that the central government is supporting 50 percent of your investment into semiconductor fab," Keskar said. "Since these three new policies have been announced, we see much action. Many large Indian corporates are showing interest in entering semiconductor manufacturing, wafer fab, or ATMP packaging business. At the same time, some global companies are showing interest in coming to India either on their own or through JVs to use the schemes and set up the manufacturing facilities here."

If 2022 was the year of announcements and celebrations, 2023 should see some work on the ground. Several companies have shown interest in this regard, and a few, like Vedanta, that joined hands with Foxconn have already taken early steps.

"2023 will be a year of project approvals by the government as they have now received proposals from the industry," Keskar said. "As per the Ministry of Electronics, the government will take decisions on these in Q1 of 2023. Once we have proposal approval for CMOS, display, and component semiconductor/ ATMP projects, these companies will start working with the respective state governments to avail the incentives."

"We can also expect announcements about specific states where companies will set up the plants," Keskar continued. "So, 2023 is going to be the year where there will be project approvals, identifying the location, and beginning the construction of the facilities."

Of course, no discussion on semiconductor manufacturing is complete without addressing the key challenges to overcome. For India, this may be threefold. First, the fact that many countries worldwide invest in chip manufacturing will increase competition. There are just a handful of companies with the technological prowess to make chips, and getting them on board is crucial.

"The first challenge I see is attracting the top companies to India and convincing them on the value proposition India is offering," Keskar explained. "The second challenge is as there will be many projects simultaneously starting globally, there will be huge pressure on the lead times for wafer fab equipment. Thirdly, from India's perspective, we don't have an ecosystem for chip manufacturing. We need to build that to attract the technology companies."

Although the global economic situation looks bleak at the moment, India appears to be in a relatively secure space. This means that the semiconductor initiatives here could continue without significant concerns about investments.

That said, the entire process will be slow as several challenges remain. Overcoming them while keeping the global market conditions in mind will be a priority.