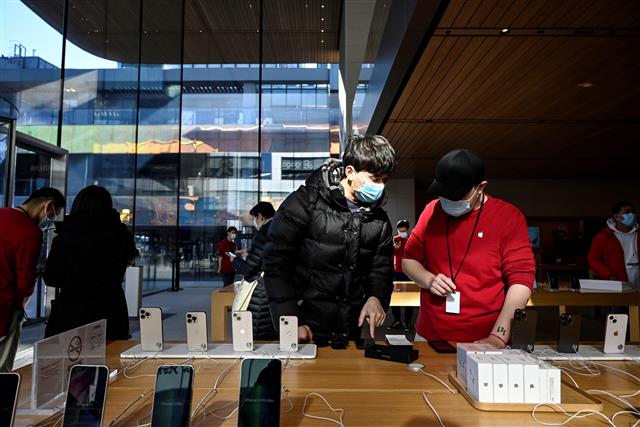 Despite the strong sales of iPhones in a bad macro environment, recent incidents at Foxconn's Zhengzhou factory site have affected supply stability. Therefore, for the fourth quarter of 2022 and beyond, an orderly recovery of the assembly line at Zhengzhou will be a crucial factor for the overall supply and demand to be back on track.

Apple's iPhone has been the clear outlier in the current smartphone market, able to maintain a strong sales performance despite the global smartphone market predicting a YoY decline of over 10% in the second half of 2022, according to DIGITIMES Research.

Currently, the most popular models on the market, the iPhone 14 Pro and iPhone 14 Pro Max series, have a 5-6 week waiting period after an order is placed. With waiting times down to as short as 3 weeks in previous years, this is certainly an abnormal situation.

At the recent earnings call, Foxconn chairman Young Liu clearly stated that, with Christmas and the lunar new year coming up, he hoped everyone could work together to quickly control the pandemic. Production needs to return to normal as soon as possible to ensure that demand during the two holidays is not affected,

Because Foxconn plays an instrumental role in Henan's economic development, the local government sprung into action instantly to assist with the employee leave situation. At the same time, Foxconn has also continued to adjust its subsidies to lure employees back to the factory. The number of applicants quickly surpassed 100,000, causing Foxconn to pause recruitment temporarily.

With the resupply of employees, just as production is set to return to normal at the end of November, news about employee protests at the Zhengzhou factory broke again. Despite Foxconn's announcement ensuring that production is not affected, the market believes that the string of issues at Zhengzhou will definitely have an impact on supply fluidity.

Although Foxconn has production sites in Shenzhen and Chengdu, even overseas locations like Vietnam and India that can support the production demands, they cannot replace the capacity at Zhengzhou entirely in the short term.

Therefore, market sources believe without the Zhengzhou production line returning to normal operations, there will be a potential crisis for the market and the supply side. Stabilizing the supply situation will be something Apple must consider in the upcoming days. With China's current unique situation, will Apple accelerate its push for assembly outside of China? Or will it diversify its concentrated orders?