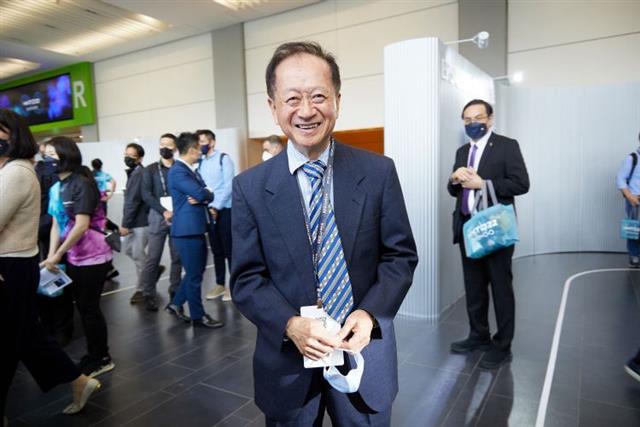 Chiang, whose stint at China's SMIC apparently did not end well, told DIGITIMES Asia that he came to see his old TSMC colleague Bob Wei-ming Chen, currently head of Semiconductor Business Group at Hon Hai, and then they jointly attended the HHTD activities.

Coming back to Taiwan just a few days ago, Chiang said he is currently in a retirement state and will not return to work in China.

When asked to comment on the recent tough US semiconductor trade restrictions against China, Chiang said it is a political issue and could be a bargaining chip of the US, rather than an issue in the technical field.

Chiang stressed that he really can't see what impact the US sanctions on China will bring to Taiwan's semiconductor industry.

After retiring from TSMC in 2013 as an executive VP and co-chief operating officer, Chiang joined China's top foundry SMIC as an independent director in 2016 before serving as CEO at Wuhan Hongxin Semiconductor (HSMC) in July 2019. He left HSMC in July 2020, returned to SMIC in mid-December 2020 serving as executive director and vice chairman but left one year later.

In an interview by the California-based Computer History Museum, Chiang asserted that joining China's SMIC was the stupidest thing he had ever done. Chiang said three days after he re-joined SMIC on December 15, 2020, SMIC was sanctioned by the US, which disturbed him quite a lot because he is a US citizen and a Taiwanese and was thus not trusted by top management of the company. So he stayed there for about one year and retired again.