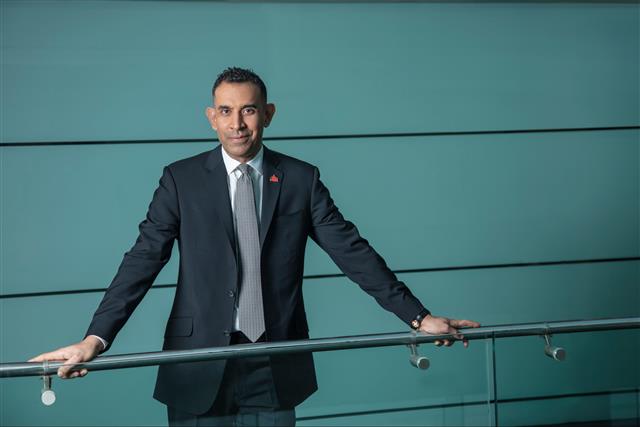 Over the last few years, India has seen several EV companies springing up, especially for two and three-wheelers. But most of the products these companies offer are still too expensive for the average Indian. Although the government has provided some incentives, many of these are not sustainable or have already been withdrawn.

Omega Seiki Mobility, part of Anglian Omega Group, one of India's leading steel manufacturers, sees this as a market gap they can fill. Speaking to Digitimes Asia recently, Uday Narang, chairman of Omega Seiki Mobility, explained that the company aims to reach out to customers in the rural markets with a range of vehicles.

"I am working on products for rural India," Narang said. "Now you see two and three-wheelers in the market that are extremely expensive. Scooters that sell for almost 150,000. But what percentage of India can buy those scooters? Very minimum. We are going to build products for rural India. We are even building tractors for rural India and going to offer tractors as a service. I have 128 dealerships now, will have another a hundred by the end of the year, and we will be in every district and every village."

The critical part, according to Narang, is building the ecosystem, which includes infrastructure for charging, production facilities, etc. Doing this on a scale will only happen if you go to two, three, and four-tier cities.

A key sector that Omega Seiki has been focusing on is logistics with a range of three and four-wheeler cargo vehicles. The company already works with several global logistics players and recently tied up with the Indian startup Porter, known as the Uber of cargo vehicles.

"We just announced a 5,000-vehicle deal with Porter," Narang said. "In the electric vehicle field, nobody is doing what we are going to do. Like Porter, there'll be many such deals in the logistics. I am not competing with companies like Mahindra and Piaggio - I'm doing logistics. I'm building the logistic platform of this country in electric vehicles. I'm looking to build electric delivery."

That India badly requires better logistic systems is a no-brainer. Studies have shown that about 14 percent of Indian GDP is spent on logistics and supply chain at a whopping $400 billion, compared to the global average of approximately 8 percent.

Competition in a massive market

Omega Seiki is not the only company that's seen the potential of India's logistics sector. Large automobile companies like Mahindra and startups like Euler all have their eyes on this market. But Narang points out that his company's strength lies in being able to target broader markets.

"This market is big enough for multiple players," Narang said. "I have a 50,000 demand. I'm sure other companies like Euler, Altigreen, and Mahindra all have their demand. But some of them aren't looking at rural India. They're looking at the big cities."

Another advantage that Omega Seiki has is the number of choices it can give the customers. Although many startups in this sector have shown potential, raising funds has not been easy for many. After VCs began to rethink their investment strategies, fundraising has become a pain point for Indian startups.

"I've just built vehicles that are safer and offer much higher quality," Narang continued. "I am giving the entire range. Euler is doing one cargo vehicle. Altigreen is doing one. They say they're coming out with trucks. I would guarantee it'll be six to one year down the road. They've just raised funding, and it takes time. You cannot just build vehicles."

Addressing finance on demand side

The Indian government has come up with several incentives to encourage companies to invest in EVs, which have received much attention. But what has remained unnoticed is that there are few financing options for the customers. Realizing this, Omega Seiki plans to announce a fund for financing shortly.

"The biggest problem for everyone is financing," Narang said. "I can sell 50,000 vehicles, but the biggest part of it is financing. Governments can offer things like Product Linked Incentive schemes and FAME subsidies, but that's only addressing the supply side, not the demand side. Nobody has really looked into financing the demand side, and I'm reaching out to major financing players in the world for this."

India is often known for its cities where economic growth is visible. But the majority of Indians live in rural areas. So targeting rural markets with electric vehicles is an essential strategy for the industry.

But poor infrastructure and lack of connectivity plague rural India, and penetrating this market are difficult. Companies that can overcome these challenges would definitely reap the rewards.