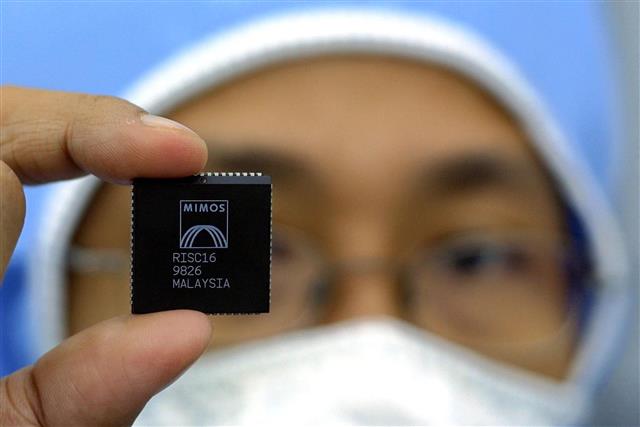 As a part of 2022 Supply Chain Summit hosted by DIGITIMES Asia, Eric Huang, Vice President of DIGITIMES, talked about the current status and challenges of Asia's EV industry. "In the past, the saying went 'software is eating the world', and followed by 'AI is eating the world'", said Huang, "but now, real men need to have fabs."

Thanks to the recent chip shortage crisis, automotive players have come to the realization that, apart from being able to produce batteries, chipmaking is also a crucial part of auto supply chain. By 2030, the semiconductor market size is forecast to reach US$1 trillion, a compound annual growth rate (CAGR) of 7% from its US$556 billion value in 2021. During this period, according to EV50 Survey, automotive ICs will see the fastest CAGR – at 12% - compared to other application sectors, bringing its market size from US$210 billion in 2021 to a forecast US$324 billion in 2030.

Huang pointed out that electrification and digitalization of vehicles is driving a convergence between the auto industry and the ICT industry. "In the future, it will be hard to distinguish between the supply chains of both sectors", Huang observed, noting how companies like Xiaomi, Foxconn and Apple are all making their ways into the auto industry. For 2025, DIGITIMES Research forecast that the total available market (TAM) of vehicle electrification will reach US$18 billion, a CAGR above 32% from 2021, while the TAM of vehicle digitalization, centered on ADAS (advanced driver-assistance system) and zonal/central computing, will reach US$19 billion, a CAGR above 19% from 2021.

China, meanwhile, has become a force to be reckoned with in the global EV industry, and is catching up in certain sectors of automotive ICs. Huang noted that the China is the first in the world whose EV market reaches a certain scale, driven by its domestic demand. In terms of global EV sales volume, China's market share reached 53% in 2021, compared to just 41.8% in 2020 – surpassing those of Europe and the US. The two respectively accounted for 33.5% and 9.3% of EV sales volume in 2021. DIGITIMES Asia forecast that by 2022, Chinese market share will grow by 40%, while Europe will grow 20%.

While established Chinese automakers like BYD is a rising new power on the global EV horizon by pursuing a vertical integration stretching from car manufacturing to batteries and semiconductors, new players like Xpeng and Li Auto are more adept at deploying new technologies like ADAS, and faster at adopting new business models like battery swapping. As Huang pointed out, while Japan leads in automotive chips such as MCUs, power semiconductors and analog ICs, China is on par with international competitors, or even faster, when it comes to silicon carbide, AI chips and sensors. The growing market shares of Chines EV brands, according to Huang, will also boost their domestic upstream suppliers.

Overall, even though sanction risks add to the uncertainty of China's EV industry, in addition to the fact that China's EV industry still relies on foreign components when it comes to non-battery sectors, China is less burdened by the internal combustion engine (ICE) heritage when compared to peers like Japan, where the heavy ICE legacy inevitably means that the transition into EV has to be slow and measured to avoid job market turbulence. Meanwhile, though South Korea focuses its resources on the domestic auto champion Hyundai, foundation in auto electronics is still weak, Huang observed. When it comes to Southeast Asian and South Asian EV industries, Huang noted that government policy supports and foreign direct investments are still crucial variables, and the region lacks local supply chains. All in all, due to the US-China trade war, Asia is seeing its supply chain shifting: from the previous concentration in China, it is morphing into a type of regionalization based on "China + 1".

As semiconductor becomes the linchpin of EV supply chains, Taiwan inevitably will play a lead role in the industry, even though it lacks a solid auto industry. With Taiwan's electronics industry stepping into the EV sector, it is still challenged by the different product life-cycles as well as the long time taken to establish relations with customers, Huang noted. Nevertheless, Huang pointed out that major automotive semiconductor companies like NXP, Infineon and Renesas generally outsource more than 20% of their chips to Taiwanese foundries, giving Taiwan a main role in global EV supply chain behind the scenes. As Taiwanese electronics manufacturer Foxconn succeeds in gaining a foothold in automotive semiconductor, its competences will boost as well, Huang said.

Currently, Foxconn targets a 5% global EV market share by 2025 and expects to produce 40% of the key components in house. The company is quickly developing key components like power semiconductor and modules, while making fast progress in software and Electrical/Electronic Architecture (EEA). Drawing analogy to the PC and smartphone industries where software and hardware developments become separated, as seen in the Windows/Intel and the later iOS/iPhone divisions, Huang saw a similar development patterns in the EV industry, and believed that it would give Taiwanese EV supply chain players, already familiar with such patterns in their previous successful forays into the PC and mobile sectors, a competitive edge.