Samsung's ups and downs (7): The future direction of the memory industry 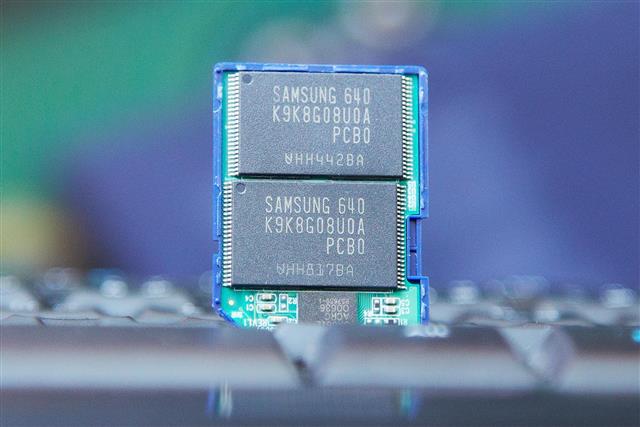 Memory is Samsung Electronics' main source of profit, so of course, Samsung needs to explore its future strategy in the context of memory. Basically, non-memory and DRAM focus on improving line width, while NAND aims at technological breakthroughs in terms of layers. But obviously all major players face bottlenecks trying to enter new generations of technology.

It is affected by multiple factors, such as the architecture design, support from materials, and how to make good use of expensive equipment that consumes a lot of electricity. We can already see what it will be like in the next 10 years in the semiconductor industry: you need to build high barriers and amass large amounts of resources. Without a certain national strength or industrial base, one can hardly take part in the competition of this industry. Those countries that have already made a head start, with abundant capital and leading technology, will have the best opportunities to grow and be in the best positions to establish partnerships.

The two major manufacturers in South Korea may think that they can have their own ways in the development of memory. However, in the wider context of US-China confrontation, the memory and IC packaging sectors provide openings where China could make breakthroughs in the semiconductor industry. If China achieves breakthroughs, South Korea will be the first to bear the brunt. Chances will be high for Micron, Taiwan's foundry houses and Japanese firms to join forces and the memory industry will then be divided into three major camps. The more chaotic the world is, the more likely emerging countries will participate in this industry, and Taiwan can play the role of an intermediary and outlet.

In addition, the stagnant growth of notebooks, handsets and other major markets in the next few years will increase memory inventory and oversupply already emerged in third-quarter 2022, which will lead Samsung to reduce capex on the memory business in 2023. It is estimated that the DRAM market will not return to a relatively normal state until the second half of 2023, while NAND may have to wait until 2024.

Demand for memory by large data centers still looks good in the short term, and it is estimated that the market still has room to grow by 6-8%. Whether Taiwan-based server makers can maintain steady shipment growth in the fourth quarter will be an indicator of the market health. Demand for handsets will probably decline to 1.18 billion units in 2022, and we can only expect a low growth of less than 5% in 2023.

With the industry downturn, manufacturers are reviewing their capital expenditures, and Samsung's ambitious plan for foundry business is a reasonable one. However, if memory fails to play the role of growth driver, Samsung's profit structure will change significantly in 2023, and the devaluation of the Korean currency will fuel pressure.

If TSMC and Micron cooperate tightly on memory, it may pose a threat to Samsung. And if China manages to build a strong presence in the memory sector with the domestic market as its major target, it will still be able to destabilize memory prices and make Samsung a lame duck earlier than expected. Geopolitics is putting pressure on the major companies in the Asia-Pacific technology island chain, and taking sides or not taking sides could both spell disaster for companies.

South Korea has to go beyond its national boundaries, but the rising wave of "technology nationalism" in other countries is posing a challenge for South Korea, whose industry momentum has been coming from upstream-downstream integration. In contrast, Taiwan is more friendly: the role as a "harmless partner" is what differentiates Taiwan from South Korea.