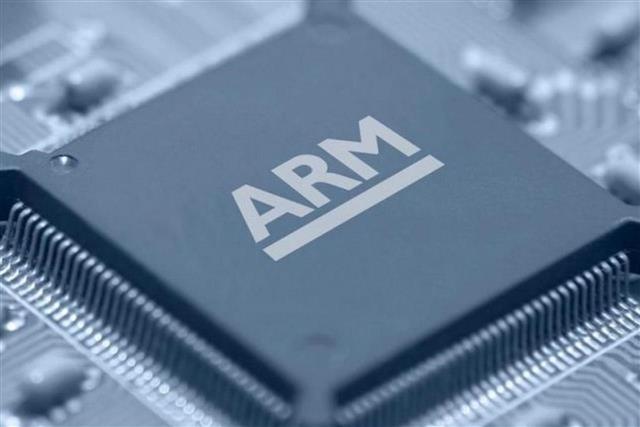 As SoftBank posted a record JPY3.16 trillion (US$23.5 billion) loss in Q1FY22, prompting it to offload half of its holdings in the Chinese e-commerce giant Alibaba. Its subsidiary Arm posted record revenue of US$719 million in Q1FY22. Significantly, the silicon IP company's quarterly royalty revenue grew by 22%, reaching US$453 million.

According to the company, it is the first time that its quarterly royalty revenue reaches beyond US$400 million, validating its strategy to diversify into markets beyond smartphones. Following the failed US$40 billion merger deal with NVIDIA, Arm has been gearing up for an IPO that is scheduled before the end of March 2023, with SoftBank pursuing a valuation of at least US$60 billion, according to Bloomberg.

As a part of its IPO preparation, Arm's newly appointed CEO, Rene Haas, seeks to expand the company's reach into data centers, automobiles and other sectors, after years of exploring the Internet of Things (IoT) opportunities in alignment with SoftBank CEO Masayoshi Son's vision when he acquired Arm for US$32 billion in 2016. Arm's previous CEO, Simon Segars, was mandated by Sun to grow the company as soon as possible with less attention to bottom line, as Fortune reported

Arm's upbeat revenue performance could be a result of licences signed two or three years ago since it takes time for Arm's customers to develop complex system-on-chips. In fact, Arm's 2021 Annual Report already indicated such a possibility, even though chip sales in the future can also bring additional royalty revenue streams that will last many years. Licences signed in 2017 and earlier, for example, primarily contributed to Arm's revenue in fiscal 2020.

As Arm CEO Rene Haas told Fortune in a February interview, the company entered "a stall mode" because of the NVIDIA acquisition. Thus, it remains to be seen if that period will be reflected in future revenue performance. Overall, however, multiple challenges remain ahead for Arm to overcome.

"Recently, there's a strong drop in semiconductor demand, except in HPC, automotive, SoC and AI," a senior Arm executive told DIGITIMES Asia, "the impact in smartphone and PC is strong." According to DIGITIMES Research, global smartphone sales are expected to decline by 5% to 10% due to inflation, the war in Ukraine, and China's lockdown, which will likely leave its marks on Arm's future financial statements.

Geopolitics also brings uncertainty. Earlier this year, the UK government contemplated the possibility of using its National Security and Investment Act to prompt a dual listing of Arm on both NASDAQ and the London Stock Exchange, triggering domestic debates. The plan was only frozen when British Prime Minister Boris Johnson's government collapsed amid a crisis, Financial Times reported.

Meanwhile, US chipmaker Qualcomm signaled its interest to form a consortium to purchase Arm, with leading chipmakers like SK Hynix and Intel reported to have shown interest. As semiconductors increasingly became a geopolitical tool, NVIDIA's attempt to purchase Arm drove its neutral status to the front. "You'd need to have many companies participating, so they have a net effect that Arm is independent," said Cristiano Amon, Qualcomm's CEO, in a Financial Times interview.

A major customer of Arm, Qualcomm had been a major opponent to the NVIDIA-Arm deal, recognizing the chip designer's growing strategic importance as Arm expanded into fields beyond mobiles.

Geopolitical factors have also made the open-source instruction set architecture (ISA) RISC-V a potential competitor to Arm, especially in the Chinese market. "There is a strong demand for RISC-V and SiFive in China because the country wants to ensure a continuous supply of consumer, industrial, medical, and defense chips," observed an Arm executive.

RISC-V is swiftly gaining traction: in 2021, RISC-V International declared that 10 billion RISC-V cores had been shipped since its creation 12 years ago. Calista Redmond, CEO of RISC-V International, expected 80 billion cores shipped by 2025. In comparison, Arm spent 17 years to reach the 10-billion threshold in 2008, before reaching the 200-billion threshold in 2021.