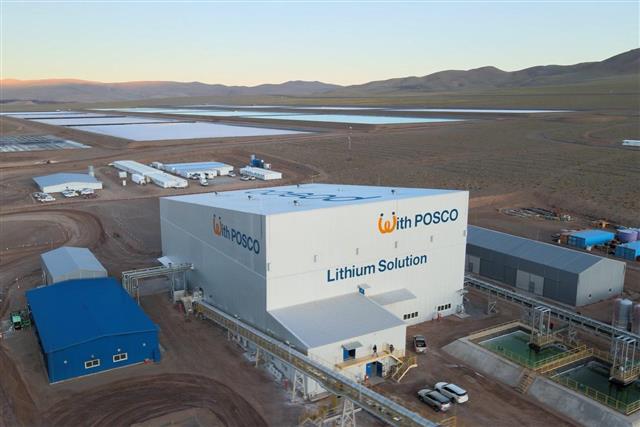 South Korea is facing challenges to expand its electric vehicle (EV) battery industry due to soaring costs of raw materials that are tightly controlled by China.

Referencing business reports of South Korea's major battery manufacturers and material suppliers, including Samsung SDI, LGES, SK On, EcoPro BM, and Posco Chemical, the Korea Economic Daily pointed out that the five companies had spent a combined KRW20.5 trillion (US$16.49 billion) on battery materials in 2021. The number was up 34.3% compared to the KRW14.9 trillion in 2020.

Although part of the KRW20.5 trillion was spent on the companies' production expansion, the higher procurement costs last year were mainly due to rising material prices. Lithium prices surged from CNY38.5 (US$5.95) a kilogram in January 2020 to CNY298.5 in January 2021, and such prices stood at CNY457.5 as of early April.

Currently, China has a grip on the global lithium, nickel, cobalt, manganese, and tungsten supply chains.

While 60% of the world's lithium reserves are in Bolivia, Chile, and Argentina, China is the primary processor of lithium compounds such as lithium hydroxide and lithium carbonate. As a result, China has a strong influence on battery raw material prices with only 5-6% of the global lithium reserves.

Since mineral processing is a labor-intensive industry and could result in serious pollution, China is the only country that can supply a massive amount of battery raw materials, said industry sources.

A South Korea-based battery material importer also noted that Chinese lithium processing companies are turning their supply deals with South Korean buyers from long-term contracts to short-term ones. It said that the company's Chinese partners have begun asking it to sign month-to-month supply contracts since early 2022, and that it has no choice but to accept their requests.

As mineral prices continue to rise, South Korean battery companies are not only expanding investments in natural resources but also deepening their partnerships with China-based raw material suppliers.

Posco Chemical has set up joint venture plants for cathode materials and precursors, both key components in EV batteries, in Zhejiang with Zhejiang Huayou Cobalt. It also began construction of a lithium commercialization plant in Argentina in March.

Samsung SDI, LGES, SK On, EcoPro BM, and Posco Chemical spent a combined KRW1.95 trillion on battery-related R&D in 2021, up 71.9% from the KRW1.36 trillion in 2020. Industry sources said South Korea must find ways to lower EV battery production costs and improve the quality of its batteries to become more competitive.