Bharti Airtel also did well to accumulate 352 million users. The number of Vodafone's users has plummeted from more than 400 million in 2018 to 273 million. What could be the forces that triggered such a plunge? Has it been affected by Reliance Rio's strategy of low-cost phones? The synergy value of hardware and software is worth rethinking.

Behind Jio is India's well-known Reliance Group, which integrates the service packages catering to all needs of the Indian people and has also successfully established connections and collaborations with many foreign iconic enterprises. Reliance, well known for its petrochemical business, not only massively invests in the energy sector to play a significant role in Indians' life but also actively engages in education, entertainment, and even software services. Reliance goes the whole nine yards from artificial intelligence (AI) to 5G and blockchain. Will Reliance become India's equivalent to Korea's chaebol (conglomerate) like Samsung?

Bharti Airtel, India's second-largest telecom group which operates in South Asian countries except Pakistan and 15 countries in Africa. With revenues of US$13.5 billion in fiscal 2021, the company is very active in building local 5G infrastructures and has some expectations for foreign partnerships. They hope to build a "Made in India" industrial structure that belongs to India.

What's more, Bharti Airtel has partnered with multiple startups. There are already more than 30 unicorn companies in India. Bharti is a smart choice for players seeking to cash in on India's new business opportunities. To run business in India - a big country of federal system, one must bear in mind strategic partnerships are more significant for success in major undertakings.

India is not far from Africa. Sitting on the other side of the Indian Ocean is East Africa, where many Indians run distribution businesses. With Bharti Airtel's business presence in Africa, it may become the springboard for penetration into the African market by Taiwanese businessmen. As the world is changing, regional markets are getting more and more important. It would not be surprising that Taiwanese businessmen may massively enter the African markets someday. 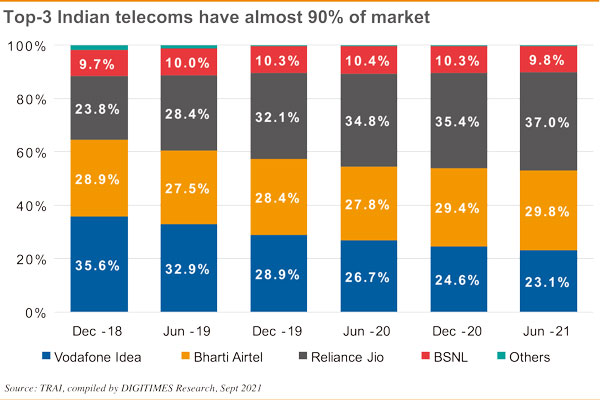