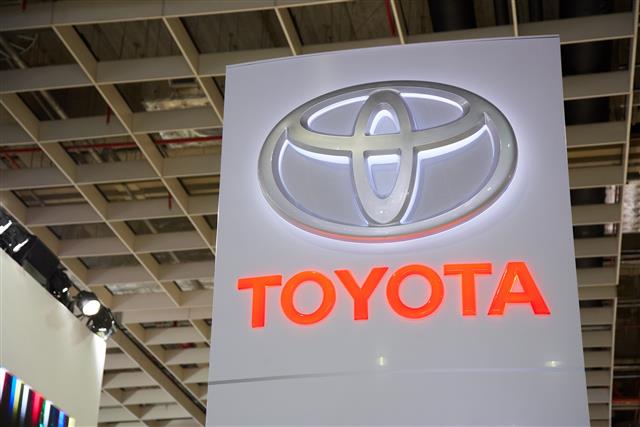 Digitimes, an Asia-based premium source of tech supply chain information, undertook a six-month study on the financial reports of 4,725 publicly listed corporations across 11 countries in Asia and compiled its first annual report on the top 100 Asian suppliers - Asia Supply Chain 100 (ASC100) in 2021. Released on June 15, the report contains the rankings among Asia's top 100 suppliers along with a look into supply chain trends and an analysis on the competitiveness of Asian countries. Digitimes plans to release updated statistics on an annual basis going forward and keep track of the changes in the rankings among Asia's high-tech suppliers in the long run.

ASC100 focuses on Asian high-tech hardware manufacturers that are publicly listed in the countries where they are based. They are ranked in terms of revenue, earnings, market cap and other financial indicators. Firms included in the study are located in Asia's leading economies, encompassing China (inclusive of Hong Kong), Japan, South Korea and Taiwan in East Asia; Indonesia, Malaysia, Singapore, Thailand, the Philippines and Vietnam in Southeast Asia; India in South Asia.

Key considerations when ranking the suppliers include the countries' status in high-tech industries, differences among the countries' industry structures, the industries' development potential (the gap between their production value and market cap) and the industries and countries showing the fastest growth.

According to Eric Huang, vice president, Digitimes, who is in charge of the study, three key findings are highlighted as follows:

In the midst of the COVID-19 pandemic, the firms in ASC100 that deliver high growth in revenue and earnings are mainly based in Taiwan and China. Japanese firms make up the largest group that suffers a decline.

The group that enjoyed more than 10% revenue growth and earnings increases in 2020 includes 23 firms, most of which are located in China and Taiwan with 11 in China including Changan Automobile, BYD, Xiaomi, BOE and Wingtech and nine in Taiwan including TSMC, Innolux, MediaTek, Asustek and ASE. There are 36 firms that experienced a decline in both revenue and earnings and 26 of them are Japanese firms. In particular, Nissan Motor sustained the most serious setback, its revenue declining 13% and its profit margin falling 9.6 percentage points. In general, whether the country is able to contain COVID-19 in good time and whether the industry/supplier is able to capture contactless economy opportunities play influencing roles.

Only five Southeast Asian and South Asian firms make it into ASC100, which are mostly upstream or downstream automotive part suppliers or automotive manufacturers. Foreign businesses going public in local markets may become a trend.

The five Southeast Asian and South Asian firms in ASC100 with a focus on automotive manufacturing and upstream or downstream parts are India's Tata Motors (No. 22), Mahindra & Mahindra (No. 69), Maruti Suzuki (No. 74) and Motherson Sumi (No. 89) as well as Indonesia's Astra International (No. 68). It is noteworthy that foreign corporations publicly listed in the local market are front running among the top 20 firms in terms of revenue in Southeast Asia and India. For example, Cal-Comp Electronics (Thailand) and Delta Electronics Thailand with investments from Taiwan are ranked No. 1 and No. 2 among Thailand's top 20. Germany-based Bosch and U.S.-based home appliance maker Whirlpool are publicly traded in India.

Supply chain generation shift is manifest in Digitimes' ASC100. Japanese firms still secure leadership in every aspect but Chinese firms are quickly catching up. Taiwan and South Korea among the Four Asian Tigers remain strong and cannot be overlooked. However, riding the waves of supply chain shifts away from China, countries in Southeast Asia and South Asia stand a good chance of becoming rising stars amid the trend toward shorter supply chains and localization.

We are now at a turning point in history where three major trends, set forth below, are driving an industry paradigm shift. This is what propelled us to conduct the ASC100 study.

The US-China trade war that started in 2018 may initially be about tariffs but the tech war between the two powers that highlights national security is what gives rise to the strategic importance of the semiconductor industry.

Supply chain disruptions caused by COVID-19 forced global manufacturers to pay attention to supply chain resilience in the face of all kinds of risks and to change the practice of having production highly concentrated in China.

As the US makes efforts to reduce dependency on foreign supply chains for 5G devices, semiconductor chips, rare earth and batteries, the "China+n" trend (diversifying production outside of China to minimize risks) driven by geopolitics based on "shared values" will become more prominent.

After the Regional Comprehensive Economic Partnership Agreement (RCEP) takes effect, participating economies including China and some Southeast Asian and Asia-Pacific countries will make up an Asia free trade market with a population surpassing those in Europe and the US as a result of the Free Trade Agreement (FTA). Therefore, seeing Asia as the world factory has become outdated.

Asia's emerging digital economy is growing by leaps and bounds, which is not to be underestimated. New business models and innovative services are burgeoning. The young population and the middle class' strong spending power in Southeast Asia and South Asia make the regional markets appealing to global vendors. The changes in supply and demand will drive relocation of capital investments, supply chains and human resources.

Industries are experiencing changes and corporations are undergoing transformations to cope with climate changes and carbon neutrality initiatives.

As part of their efforts to cope with climate changes, governments around the world are making policy adjustments to achieve carbon neutrality on schedule. These efforts are driving developments in clean energy and electric vehicle sectors, which are attracting ICT suppliers and traditional manufacturers to undertake transformation and expand their footprint into the market segments.

According to a report recently released by the International Energy Agency (IEA), three million new electric vehicles (EV) were registered in 2020, a 41% increase from the previous year. IEA projects the number of electric vehicles on the road worldwide to reach 145 million by 2030. Frost & Sullivan estimates US$2.72 trillion will be invested into wind and solar energy through 2030. The enormous opportunities have attracted EV makers Tesla, Nio and Xpeng as well as ICT suppliers Apple and Hon Hai. Traditional automakers including GM and VW are also engaged in EV production. Southeast Asian and South Asian countries already with established automobile manufacturing sectors are putting forth policies to foster EV industry development. It is foreseeable that their local EV supply chains will be flourishing.

Digitimes thinks the global supply chain is poised for a reshuffle driven by the COVID-19 pandemic and the above three trends. Companies across different countries and industries will brace for changes in their market cap and competitiveness with some moving ahead and the others falling behind.

The Asia supply chain will move away from having production highly concentrated in China to "China+n." Regional free trade will further stimulate the exchange of capital, people and goods in Asia. As the world's center of production and consumption, Asia will have bigger influence on the global economy. In view of this, Digitimes begins to track the turning point in supply chain dynamics in hopes of offering unique supply chain insights from the perspectives of the high-tech industry status, structural differences and development potentials of different countries.